As the Asian continent becomes essential to the world’s political and economic future, India’s rivalry with China will increasingly come to the fore.

And the US aims to utilize India against China.

India is clearly the West’s favorite in its tussle with China.

While the US-instigated proxy-war against China via India is not a given, there are numerous variables in place which Washington can rely on to pit Delhi against Beijing.

The most obvious of these surfaced when hand-to-hand combat in June 2020 at the disputed border in Ladakh resulted in casualties on both sides.

However, the June 2020 incident is one of many issues that will continue to negatively affect Delhi’s relations with Beijing.

Even though the Western media projects India as China’s equal, in terms of its potential economic growth and influence, India is not even close.

Pushing the narrative that India might somehow replace China as an economic hub is a Western narrative rooted in political bias against China.

Even the most optimistic spins about its overtaking China admit that India isn’t well integrated with major global supply chains.

Like China, India has a large population but beyond that, India is at a significant disadvantage.

On the economic level, India has significant catching-up to do with China in manufacturing without which a sustainable and globally influential economy is almost impossible to build.

Apart from a few megacities with sprawling slums, the rest of its population is rural-based.

It relies on farming and suffers from extreme poverty.

At least 400 million people live below the poverty line.

India also suffers from a poorly-managed governing system that is highly decentralized.

India as the “largest democracy” in the world is merely a political slogan.

It aims to camouflage India’s poor governance of myriad districts and regions where “votes” are bough and sold in a manner resembling the medieval feudal system.

The above are transactional, quantifiable, and obvious to find data about why India is not a serious competitor to China.

India is a federal country with multitude of ethnicities and religions which often have a hard time reconciling their differences.

It is also a society based on social oppression through its deeply ingrained oppressive caste system.

Additionally, there is an active political-military insurgency underway in India.

It is driven by a Marxist-Leninist ideology as espoused by Mao Zedong, modern China’s founding leader.

This alone provides China with immense leverage if India-China tensions spiral out of control.

The Maoist insurgency has been described by the former Indian Prime Minister Manmohan Singh, as the “greatest internal security challenge.”

Thus, India’s internal destabilization and possible internal disintegration will not be difficult for China to achieve if India takes its alliance with the US too far.

While China also has certain internal issues, it is a far more cohesive state system with well-managed centralized governing mechanism.

The above factors show that India is in no position to withstand a Chinese reciprocation if it becomes Washington’s primary political and economic platform in Asia against China.

Whether or not the fascist regime of Narendra Modi understands this, is a separate issue. 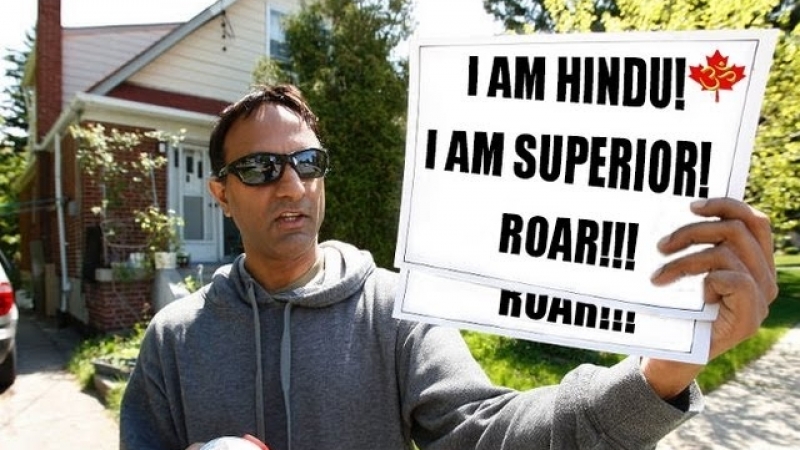 And Now, Chinese and Hindu Islamophobes!