Comprehensive overview and analysis of the history of Muslims in Britain

“...Indeed, the view of Islam as impermeable, undifferentiated and immune to the processes of economic, social, ideological and political change has long obscured the complexities of the historical experience of Muslims in different societies. Western ‘orientalists and Islamists alike have tended to emphasise what distinguishes Islam from the West, and have presented it -- along with Muslims themselves -- as the ‘Other’ or the ‘infidel within’ Over the centuries the Christian/secular West has effectively constructed and stigmatised an Islam that has little resemblance to anything of value in ordinary Muslim lives. It has conjured it up as a powerful and dangerous force -- irrational, violent and fanatical -- and requiring tight control but also to be kept at a distance. More recently the imagery of the 1979 Iranian revolution, the public burning of Salman Rushdie’s The Satanic Verses, the hysteria orchestrated before and after Iraq’s invasion of Kuwait and the 11 September attacks have combined to confirm an antipathy in the Western popular mind towards Islam and Muslims.” (Humayun Ansari, The Infidel Within, pp. 389-90.)

This long extract, from the conclusion of the book under review, sums up the challenge facing any writer aiming to present a more rounded and balanced overview of the history and situation of Muslims in Britain.

Muslims are now a global community, with substantial presences in virtually every country in the world, including every major Western country. Such are the historical and contemporary political contexts of relations between Muslims and Westerners, and the very substantial differences between Muslims and Western attitudes towards many key issues of private and public morality, as well as social organization and public life, that it is inevitable that Muslim communities cannot slot easily into Western societies without considerable adjustment having to be made on both sides. Nor is it surprising that this should prove a bumpy and often painful process, particularly as Western communities and institutions are generally a lot less accustomed to adapting to accommodate Muslims than Muslims have become accustomed to adapting to Western demands and expectations over decades of interaction in which the West has almost invariably held the upper hand.

Despite this, however, the general perception in the West remains not of Muslims as a flexible and adaptable community who have a baseline of principles that they will not betray, but as a conservative, rigid and dogmatic community that refuses to adapt. In this book Humayun Ansari, director of the Centre for Ethnic Minority Studies and Equal Opportunities and senior lecturer at the Department of History at Royal Holloway College, University of London, sets out to counter Western misunderstandings of the position and role of Muslims in Britain by use of a truly amazing amount of information, along with considerable useful analysis of the history of Muslims in Britain. His aim is to demonstrate firstly how Muslims are far from being the homogeneous, unvariegated and unchanging mass that they are often portrayed as, and secondly to humanise British Muslims by demonstrating how they are facing many of the same issues as other British people, and are often responding to them in similar ways. The underlying message, never explicitly articulated, is that it is not Muslims who have proven to be unadaptable and unable to compromise to cope with the historical and social consequences of Britain’s long interaction with the Muslim world, but mainstream British society and institutions.

Of all Western countries, and Muslim communities in Western countries, to discuss in this way, Britain is a particularly interesting example, it has a particularly long experience of interaction with the Muslim world. Although the vast majority of Muslims in Britain are immigrants from former colonies -- particularly from countries that were part of British India, but also from Africa and the Middle East -- the Muslim presence in England long predates Britain’s imperial heyday. Nabil Matar has shown the close links between Elizabethan England and Muslim countries in north Africa and the Middle East, and there have been Muslims living in the country since that time. The migration of Muslims to Britain during the colonial period also took many forms, from poor seamen setting up communities in Cardiff, Liverpool and other ports, to students, professionals and businessmen coming in pursuit of their work. Although the majority of Muslims in Britain are (like Ansari himself) immigrants from former colonies who have settled here since the second world war, having come either for education or for work, this far older history and experience of Muslims in Britain provides useful depth to both the Muslim and the British understanding of the place of Muslims in British society.

This is something Ansari clearly understands, with almost a third of his book consisting of discussions of the experience of Muslims in Britain before the second world war, even though most studies of Muslims in Britain tend to focus almost entirely on the post-war situation, when the majority of Muslim immigrants came to this country. In this section, Ansari’s background as a historian of Muslims in India proves invaluable, providing excellent background and insight into the perspectives of many of those who came to Britain from India during this period. Also in this section he demonstrates many of the strengths that characterise the book as a whole, particularly in the breadth of issues considered, from patterns of immigration and the variety of Muslim experience, to the conditions in which Muslims lived in Britain, the cultural problems they faced and the institutions they established.

Moving on to the post-war period, Ansari combines a history of the Muslim community with thematic discussions of key issues, beginning with a statistical analysis of the patterns of migration, settlement, housing, employment and education, before moving on to discuss the growing interaction between Muslims collectively and non-Muslim society, and key issues that have arisen in this process. The breadth of material that he synthesises is impressive, and few can seriously take issue with the analysis he provides of it. On controversial issues such as the Rushdie ffair, he manages -- unlike many Muslims who write from within western institutions -- to avoid pandering to liberal prejudices, and his discussion of Dr Kalim Siddiqui’s attempt to establish a “minority political system for Muslims in Britain”, based on the Muslim Parliament of Great Britain, is much fairer than is found in books written by non-Muslims, who tend to be blinded by Dr Siddiqui’s role in the Rushdie affair. (Ansari’s analysis is based on that of the Institute of Contemporary Thought and Crescent International; it would be only a minor quibble to suggest that it could be better referenced.)

All in all, this is likely to prove a very useful book for those looking for information and analysis of the Muslim situation in Britain, provided they accept it for what it is rather than wishing it were something more. It is a synthesis of existing literature, rather than a piece of original research, as academics might prefer, and a detached study rather than a Muslim perspective, as some Muslims might prefer. It is not a masterpiece, as some Muslims have suggested, dazzled perhaps to find a book that gives them a fair hearing. But it is a useful addition to the literature on Muslims in Britain, and indeed far better than most books on the subject. 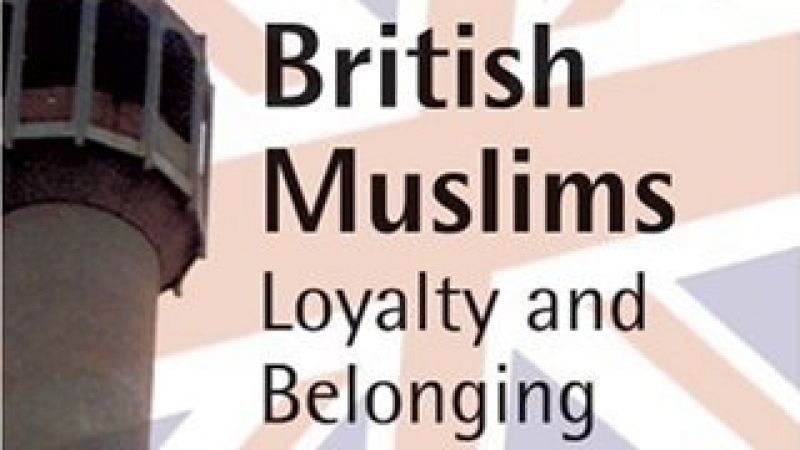 Discussion of position of Muslims in Britain avoids all major issues

Common sense defeated by the spectre of terrorism in the air