Election season in the Muslim world

Two Muslim countries—Malaysia and Pakistan—have held elections. People in the third, Islamic Iran, will go to the polls on June 14. There have been complaints of rigging in the first two; only in Islamic Iran are elections held in an organized and proper manner highlighting the difference between a secular system and that based on Islamic values.

Several Muslim countries have either held elections or are about to go through the exercise. Last month, Malaysia and Pakistan had elections while Islamic Iran will hold presidential elections on June 14. Both in Malaysia and Pakistan, there were allegations of widespread rigging. In Malaysia, the opposition coalition led by former Deputy Prime Minister and Finance Minister Anwar Ibrahim brought out hundreds of thousands of people into the streets and stadiums to protest election fraud. They alleged that bogus voters were brought in. Also, in some constituencies, ballot stuffing had taken place. Much the same complaints have been made in Pakistan. In a number of polling stations, more votes were cast than there were registered voters. Such miraculous events failed to evoke much response from the Election Commission of Pakistan.

In Islamic Iran on the other hand, more than 686 candidates had applied to the interior ministry to run for the office of president. Iran’s Constitution requires the 12-member Guardian Council, a supervisory body, to vet all candidates. On May 21, the Guardian Council approved eight hopefuls to run in the upcoming presidential race. The eight approved candidates are: MP Gholam-Ali Haddad-Adel, Secretary of Supreme National Security Council Saeed Jalili, Secretary of the Expediency Council Mohsen Rezaei and President of the Center for Strategic Research of the Expediency Council Hassan Rohani. Others approved are: former First Vice President Mohammad-Reza Aref, Tehran Mayor Mohammad-Baqer Qalibaf, former telecommunication minister, Mohammad Gharazi, and former Foreign Minister Ali-Akbar Velayati who currently serves as advisor to the Rahbar on international affairs.

Two candidates that had become quite controversial in recent times — former president, Hashemi Rafsanjani, and head of the Secretariat of the Non-Aligned Movement Esfandiyar Rahim-Mashaei — were not among those approved by the Guardian Council. Campaigning started two days after the final list was approved by the Council. While there are no political parties in Iran, there are groupings based on the inclinations of candidates. For instance, there is the group of three running under the label of Principalists. There is another principalist camp operating with the additional label of Perseverance Front. There are two candidates that are considered reformists while others are in-between.

The three candidates in the Principalist camp — Haddad-Adel, Qalibaf and Velayati — have said they would stand down in favour of the candidate that has the most support. Among opinion makers in Tehran, there is widespread belief that Dr. Saeed Jalili, Secretary of the Supreme National Security Council and Iran’s chief nuclear negotiator, is perhaps the most likely candidate to win the presidency. Iran’s elections, however, cannot be predicted. The people of Iran have delivered many surprises in the past. What is certain is that this election, like all previous ones, will be quite exciting and bring people out in record numbers to elect not only the next president but also reaffirm their support for the Islamic system. For three decades, the West has indulged in vicious propaganda against the Islamic Republic trying to dismiss the system as unworkable and not supported by the people. All such propaganda has been repeatedly proved wrong. There is little doubt this will be the case on June 14 as well when the next president of Iran, whoever he may be, is elected for a four-year term.

And there will be no irregularities of the kind witnessed in Malaysia or Pakistan. Also, election campaigns in Iran are civilized affairs where there is a strict limit on election spending. This is what distinguishes an Islamic system from a secular system even if it is operational in predominantly Muslim societies like Pakistan or Malaysia. 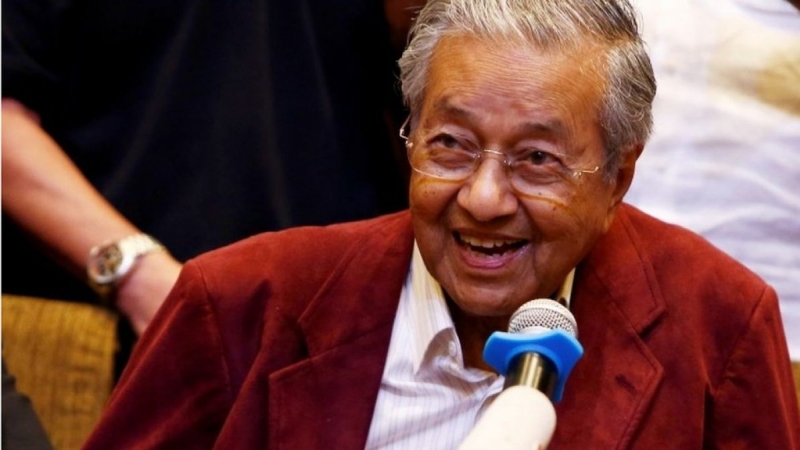