There is hardly any doubt that the majority of the people in the three Maghreb countries – Algeria, Morocco and Tunisia – believe their leaders to be autocratic, corrupt and closely allied with the West against Islamic groups in the region. Add to this belief the fact that wealth in all three countries is monopolised by rich elites, while most people are deprived and poor, and it becomes plain why there is so much popular resistance to the ruling elites and the long-serving rulers they maintain in power. The resistance and loathing have intensified as a result of the US-led invasion and occupation of Iraq and Washington's declaration of war on Islam, ill-disguised as a ‘war on terrorism', which the Maghreb leaders, like other Arab rulers, cooperate with. The ruthless plan by Washington to impose on the Palestinians a peace settlement highly favourable to Israel has also radicalised opposition to the Algerian, Moroccan and Tunisian despots.

But Algeria's president Abdul-Aziz Bouteflika, president Zine el-Abidine Ben Ali of Tunisia and King Muhammad VI of Morocco are determined to cling to their powers and refuse to address the issues, since any reasonable and realistic resolution is bound to lead to the end of their rule. Instead, they have resolved to brand the widespread, sometimes armed and violent, resistance to them as "terrorism" and their opponents as "terrorists", and to pool their resources to defeat them.

The decision to pool resources has been widely seen as remarkable because the Maghreb countries are known far more for their squabbling than for their cooperation. Over the years, for instance, Algeria has backed the Polisario resistance struggle to gain independence for the Western Sahara territory from Morocco. The leaders of Polisario are still recognised by Algeria, where they live and enjoy diplomatic status as the legitimate government of the Western Sahara. Not surprisingly, the two countries have been at loggerheads over the issue for some years, but as a Moroccan minister, Muhammad al-Bazighi, explained at a meeting in the city of Marrakesh on March 20, political differences between Morocco and Algeria need not obstruct mutual cooperation in security matters.

According to al-Bazighi, differences over a number of issues have not prevented Moroccan and Algerian security agencies from cooperating, fully aware as they are of the dangers posed by the new tactics adopted by "terrorist groups in the region". He was referring to a recent statement attributed to al-Qa‘ida in the Maghreb region that it would target Algeria, Morocco and Tunisia. He said he hoped that the cooperation between the two in security matters will be reflected in the relations between them andpersuade Algiers to accept the new plan being prepared by Rabat for the future of the Western Sahara. According to him, the plan falls short of granting complete independence but is generous because it provides full autonomy. He admitted that Algiers has previously rejected it, but hopes that it will support it after it is submitted to the UN security council in April.

But Rabat is not taking any chances and strives to bring external pressure on Algiers to accept the plan for the Western Sahara. Senior Moroccan officials have, for example, visited Washington and other Western capitals in recent weeks to promote the plan. They have offered to create a Western Sahara regional government and parliament in return for Moroccan sovereignty and control of security, borders and finance. But they have also played on Western fears of terrorism and of illegal migration into Europe by North Africans, who, they claim, use the Western Sahara to reach the coast and hire boats to get into continental Europe. This explains the support of European governments for the plan and for the ‘anti-terrorist' programme of the Maghrebi rulers.

However, the main concern of the regional powers is that Islamic groups, such as the Justice and Development Party in Morocco, might gain power as a result of the token elections the governments are forced to hold to give substance to the myth that the US is helping them to "democratise"; for example, the Moroccan king fears that the Justice and Development Party will make strong gains in the elections to be held in September. He, like Bouteflika and Zine al-Abedin, believes that without strong counter-action, and full cooperation between the regional governments, the ‘Islamist' groups will eventually take over. How extreme the action king Muhammad VI is willing to take was shown on March 21, when 50 members of the Ansar al-Mehdi group were put on trial and charged with plotting ‘terrorist' acts aimed at replacing the pro-western monarchy with an ‘Islamist state'.

But according to Patrick Cronin of the International Institute for Strategic Studies, western intelligence services believe that "Algeriais the focal point of the regional terrorist threat". This explains president Bouteflika's strong call on Tunisia's president Zine el-Abidine for them to pool resources against terrorist groups. In a letter to his counterpart, in which he congratulated him on the anniversary of Tunisia's independence (March 20), Bouteflika said that he was fully prepared to cooperate with the Tunisian government to engage with the ‘terrorist threats' and organisations that are – unless checked – set to destroy the stability of the entire region. The threats are supposedly not only to the security and stability of the two neighbours but also to their economic development, though in reality it is common knowledge that it is the regional governments' corruption that is mainly responsible for the lack of economic development, and that their suppression of political and human rights is the main reason that the entire region is aflame.

Mere cooperation will not both solve the region's problems and protect its corrupt and dictatorial rulers. But this the despots are hardly likely to learn in time to change tack. 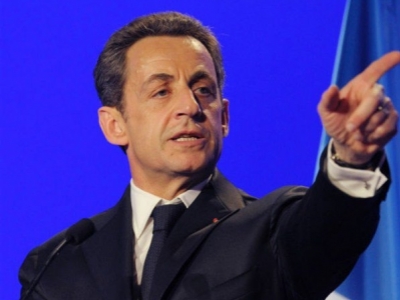 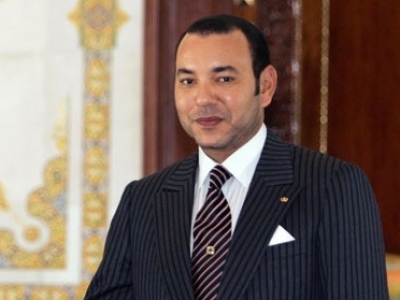 No change in Morocco, despite “democratic” polls

Government mismanagement behind the Maghreb bombings