Imagine if there were no toilets in the whole of North America, that is, the US and Canada. A total of 354 million people would be without toilets and forced to defecate in the open. It would be a pretty horrific, not to mention stinking experience. Add to that the number of people in Britain, France and Germany also without toilets. Throw in the populations of Belgium and Holland as well and we get a grand total of 594 million people without toilets. Imagine the stink it would create in Europe. One could hardly step anywhere without stepping into human feces. That would be neither a pleasant nor acceptable sight.

Yet this is precisely what is happening in India, a country that claims to be the largest democracy with the fastest growing economy in the world. More than 595 million people, according to UN figures defecate in the open in India. This is more than half of India’s total population. Not surprisingly, diseases are rampant in a country that has been described as a vast swamp. People riding trains into Delhi or any other major city each morning can see tens of thousands of people nonchalantly defecating on the side of the tracks. Most trains also do not have proper toilets; there is a hole through which the human waste is dumped on the tracks.

Jokes abound about this human necessity-turned-public-spectacle because of the lopsided priorities of successive Indian regimes. India has sent a spacecraft to Mars but it cannot cater to the basic needs of its people.

One joke in particular is illustrative of what is wrong in India. On a visit to India, President Barack Obama was horrified to see so many people defecating in the open as he was driven from the airport. He asked his Indian host Prime Minister Narendra Modi what all these people were doing? Modi replied in a matter of fact manner, “They are answering the call of nature. Don’t they do that in your country?” Obama replied, “Not in the open; don’t you have toilets in this country?” Modi didn’t reply.

On a return visit to Washington DC several months later, as Modi was being driven to the White House, he noticed a man at some distance defecating in the open. He pointed this out to Obama. Embarrassed and furious, he ordered the motorcade stopped and told his security detail to grab the man and bring him over. Inquired Obama, “Who are you and what were you doing there?” Answered the man, “Your Excellency! I am the humble ambassador of India to your lovely country. I was merely answering the call of nature!”

Aware of the enormous problem of lack of toilets in India, in his first Independence Day address on August 15, 2014, Modi announced a campaign he dubbed “Clean India” as a priority to build toilets across the country. He promised he would build separate toilets for boys and girls in all the schools in India. A year later, he claimed the target had been achieved. Same sex advocates in the West would be furious; they are opening same sex toilets in various cities, especially government buildings. It is only a matter of time before we hear about sex scandals in the same sex toilets but that is a different story.

For now, Modi is thumping his chest. In addition to providing separate toilets for girls and boys in schools, his government claims to have constructed around 800,000 toilets in rural India as well. This is no mean feat and would surely come as great relief for many, especially the women and girls in rural India. Open-air defecation is particularly difficult for females. They have to get up early and go out in the dark to relieve themselves since it is impossible for them to do so during daylight hours because of social mores. There have been many instances of girls being raped when they have gone out to answer this necessity. Last year, two girls — 13 and 14 years old — were raped in Badaun and then hanged to death when they were out in the fields to defecate.

This is only one part of the problem, though an enormous one. The other is that in most households, there are no flush toilets. People relieve themselves in buckets or squat on a raised platform in a home enclosure without a roof. This has to do with the social habits dating back centuries. In the Puranic (Vedic) period, people believed that defecating near human habitation was not good; it would bring bad luck. It was done outdoor. Centuries ago and with little industrial development, this was perhaps tolerated since there were bushes and trees where one could hide. This is no longer the case. Besides, Hinduism itself has many strange customs. Aamir Khan’s delightful movie, PK, took the mickey out of these strange customs.

Human excrement is cleaned up by Dalits, especially women, in India. There are between 200,000–300,000 Dalit families who are forced to do this degrading and dehumanizing work. Dalit women have narrated their horrible experiences. Cleaning others’ filth is bad enough; it gets infinitely worse when it rains. The excreta become soggy and when filled into a bucket, it leaks over the head and face of the poor Dalit women.

Successive Indian governments have made tall claims about addressing the problem of lack of toilets in India. Modi says he will have a toilet in every home by 2019, coinciding with the 150th birth anniversary of Karamchand Gandhi perhaps as a suitable gift on his birthday. He was given the erroneous title of Mahatma (holy man) Gandhi. “Every state government and the Centre keep appearing before the Supreme Court to claim total eradication of manual scavenging [humans cleaning toilets],” said the former federal minister for rural development, Jairam Ramesh, in 2012.

Dalits are the original inhabitants of India. They are forced to reside as the lowest rung of the Hindu caste pyramid. The filthy work of cleaning others’ toilets is forced on these poor people. They are not permitted to eat in the same utensils that other Hindus use. The Dalits are also prohibited from drawing water from the same well. Hinduism imposes such segregation that can best be described as religiously sanctioned apartheid.

While India’s religiously sanctioned racism is well known to the world, especially the West, there is hardly a whisper about the cruel and degrading treatment of Dalits. India is viewed through the lens of a country with 300 million potential customers for Western goods. There is no room in this materialistic pursuit for the plight of 250–300 million Dalits suffering indescribable degradation and humiliation.

Caste racism is not hidden. It is practiced even on television. A popular Indian show titled, “Con banay ga crore pati [Who will become a millionaire?]” attracts people from different strata of society. The well-known Bollywood actor, Amitabh Bachchan conducts the show. In one of his episodes, a Dalit youth of about 22 was a guest accompanied by a mentor. His home in rural India was shown during the program. There was filth all around with small boys running naked. At the end of the show, it is customary for the host to shake hands with his guests but Bachchan refused to do so even when the Dalit youth came forward. Bachchan merely shoed him off the set after greeting him with raised clasped hands! If such racism is so openly displayed on television by well-known personalities, what chance is there for Dalits in rural India to break out of the vicious cycle?

Let us look at some other statistics. India’s defence budget is $40 billion annually and it plans to spend another $100 billion over the next decade on military upgrades. Getting shiny war toys and developing nuclear bombs may build India’s macho image, but they do not address the more basic problem of its desperately poor people. Outdoor defecation and non-flush toilets result in more than 50 types of diseases spreading in India including high infant mortality.

Modi has made a habit of talking about his toilet campaign to world leaders including Obama, much to their bemusement, but unless India re-arranges its priorities and begins to spend on the needs of its desperately poor people, it will remain mired in filth. And its people will continue to be afflicted by preventable diseases. It has nobody but itself or its skewed priorities to blame. 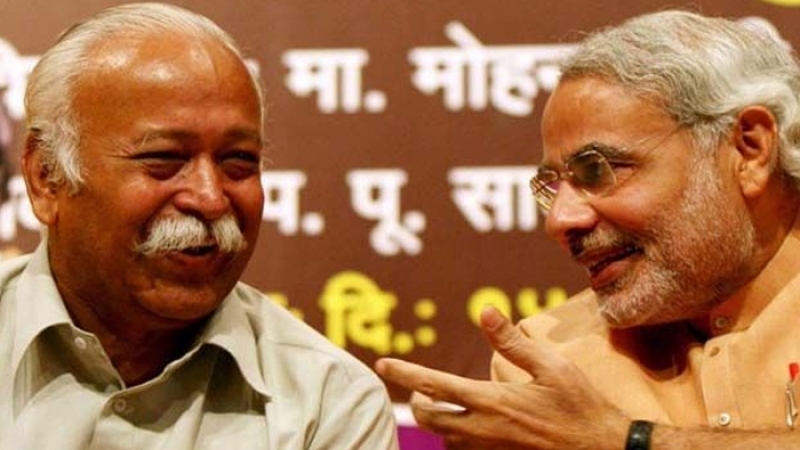 The Trouble with India - II