Hundreds of Islamic movement scholars and activists gathered in Iran last month for a conference marking the anniversary of the death of Imam Khomeini. ZAFAR BANGASH, Director of the Institute of Contemporary Islamic Thought (ICIT), was there.

Hundreds of scholars and activists from all over the world participated in an international conference in Tehran last month (June 2-5) to pay tribute to the intellectual thought and other contributions of the late Imam Khomeini. Organized by the Institute for the Compilation and Publication of the Works of Imam Khomeini, the conference was held in the huge auditorium of the Islamic Republic of Iran Broadcasting Centre, in the serenity of North Tehran. The formal sessions lasted for two days, during which participants highlighted various aspects of the Imam’s thought. On the third day, similar programmes were held in Qum while the day after, hundreds of thousands gathered at Behesht-e Zahra, near the Imam’s mausoleum in South Tehran, on the anniversary of the Imam’s death.

At the conference speakers highlighted the multidimensional personality of the Imam, which combined various attributes in a way that made him great leader. Some speakers touched on his political thought, others on his ijtihad, yet others on his ‘irfan, while a number of women speakers–of whom there was an impressive array– talked about what the Imam had said about the role of women in society as well as his spiritual contributions. There were speakers from virtually every part of the world: Africa, Asia, South East Asia, Latin America, North America and Europe (East and West).

The inaugural session was addressed by Hashemi Rafsanjani, head of Shura-e Maslahat. He was accompanied by Haj Seyyed Hassan Khomeini, head of the Imam Khomeini Institute, and Khanam-e Mostafavi, another member of the Imam’s family. The sessions were ably conducted by Dr Mohammed Moqaddam, the conference chairman, who heads the International Relations division at the Institute. Like conferences everywhere, the quality of papers ranged from good to fair. Often there is much greater activity outside the conference hall than inside it. Participants interacted and mingled freely, discussing many issues during breaks from formal sessions. It is during these informal meetings that one gets to know who has come from where and what their background is. One also gets to know a great deal about what is happening in other parts of the world.

The highlight of the conference was undoubtedly the gathering at Behesht-e Zahra cemetery in South Tehran, where foreign guests get a glimpse of the true love the people bear the Imam. He died 15 years ago, but he lives on in the memories of his people. On these occasions hundreds of thousands come from all over Iran in caravans to show their love and respect. There is a huge complex around his mausoleum (his son Ahmed Khomeini is also buried beside him) where families can relax. There are a number of other imposing structures as well, some complete, others under construction, that will ultimately become part of a complex where people can come to study, stay and pay respects to their relatives and friends who are buried there. Tens of thousands of shuhada from the Revolution (1979) and from the Iraqi-imposed war (1980 –88) are buried in Behesht-e Zahra cemetery.

The gathering at Behesht-e Zahra was addressed by Seyyed Hassan Khomeini and by Imam Seyyed Ali Khamenei, the Rahbar. In his wide-ranging address, the Rahbar first paid tribute to the Imam’s sagacity and political acumen, as well as his ‘irfan (spirituality, mental and emotional strength and gentleness, etc.); his courageous stand brought about the Islamic Revolution, he pointed out. He said that those opposed to Islam, especially in the West, constantly attack the personality of the Imam, yet they do not realise that despite their own scientific progress they are themselves totally devoid of any spiritual health, thus causing great hardship and suffering to their own people.

Material progress is no substitute for happiness; the great despair that exists in many Western societies is the direct result of this lack of ‘irfan or any part of it. In a direct challenge to the US, the Rahbar said that while it boasts about democracy, its own record in Iraq and Afghanistan is dismal. Nearly 15 months after driving Saddam from power, the people of Iraq have seen no democracy, only American brutality and torture. He contrasted this with the Islamic Republic, where a referendum was held on April 1, 1979, to give the people an opportunity to confirm their desire, already expressed decisively by their actions, for an Islamic government. The horrible tortures in Abu Ghurayb and other prisons in Iraq, as well as in Afghanistan, show the true mentality of the US.

The Rahbar expressed solidarity with the oppressed and struggling people of Palestine, Iraq and Afghanistan. He reminded the gathering that the land of Palestine belongs, under Allah, to the Palestinians, not to the invaders from Europe and North America. Yet this so-called champion of democracy, the US, supports the usurpers of Palestine and the barbaric killing of Shaikh Ahmed Yassin and many other leaders and stalwarts of the Palestinian resistance. US-supplied weapons (Apache helicopters, F-15 and F-16 planes and long-range missiles as well as high-velocity rifles) are used to shoot unarmed children and women; bulldozers are used to demolish their houses and render them homeless. These are acts of barbarism that Muslims throughout the world condemn.

He said that the Hizbullah in Lebanon, the Islamic resistance in Palestine and many people in other parts of the world have all been inspired by the example of the Islamic Revolution and the leadership of the late Imam Khomeini to resist the occupiers. He said that while the Islamic Republic did not interfere in the internal affairs of Iraq, it fully supported the oppressed people in their struggle against the occupiers. He pointed out that the US has no business or authority to appoint who should rule in Iraq; it was the right of the Iraqi people: he said that the Americans do not have the right to stay there for even a single day, and should get out immediately.

The Rahbar also touched on the importance of the concept of Velayat-e Faqih, which has become an object of criticism in the West as well as among secularists in Iran. He said it was wrong to interpret it "as the absolute rule of one person". This is part of the West’s propaganda to distort the concept of the Velayat-e Faqih and to undermine the Islamic system of government. "Based on the constitution, Velayat-e Faqih does not negate the responsibilities of other branches of government," he said; that is a misconception deliberately spread by those who wish to undermine the system. Outlining the role of the Velayat-e Faqih, he said, it is "to guide the system, maintain its direction and prevent it from being deviated to the right or left. This is the most important description for Velayat-e Faqih." He emphasized that it is not a "ceremonial post, as some wished it to be and tried to make it so from the very beginning of the Revolution." But he dismissed the notion that there was a dominant position for the Velayat-e Faqih. "It has no such executive power over different parts of the government. The country has its own officials–executive, judicial and legislative–and they are all in charge and have to fulfil their duties and be accountable for them."

This speech, broadcast live on television and radio, reached millions of people not only in Iran but also in neighbouring countries. Iran is the only Muslim country where such issues are discussed head on. This is what makes it such a vibrant place. There are no doubt those within and outside Iran who are opposed to the system; they express their views openly. Some of their criticisms are valid; others are based on personal grudges, but the fact is that the vast majority of people support the system and will defend it with all their strength.

External powers that harbor ill-will towards the Islamic State should harbour no illusions that they will be "welcomed" as "liberators" in Iran, should they dare to venture there. Perhaps the experiences of Afghanistan and Iraq will have been warning enough that they should not repeat the same mistakes again. But should they be foolish enough to do so, the people of Iran will insha’Allah teach them a fitting lesson. Iraq will then really look like a "cakewalk" by comparison, even if it seems now to be a terrible quagmire. 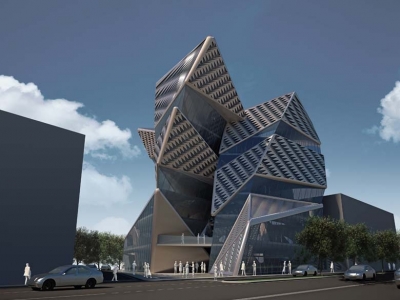 The continuing relevance of the thought of Ali Shariati