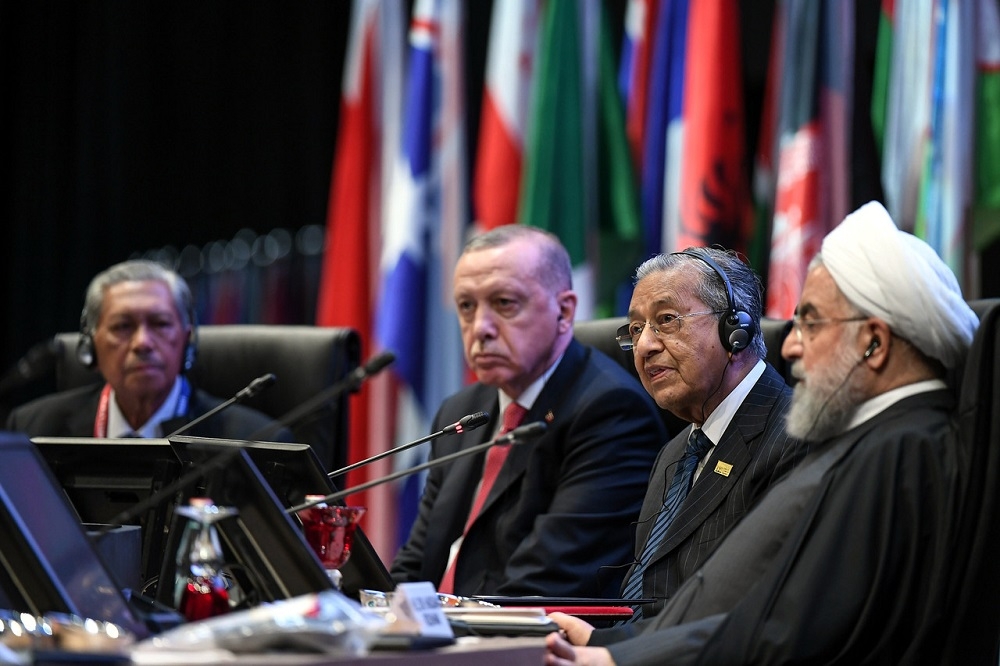 Launching the Kuala Lumpur Summit minus the British installed Saudi regime is a landmark sign that Bani Saud will bite the dust sooner than expected.

The gathering in Malaysia which is seen by many as an alternative to the US and Saudi co-opted Organization of Islamic Cooperation (OIC) is important in terms of political symbolism.

Prior to the KL summit, all semi-functional international Muslim organizations were US approved initiatives to promote Washington’s strategic interests by assigning leadership role to the Saudi regime. This approach, financed by billions of dollars and a vast sophisticated media campaign neutralized many authentic Islamic initiatives.

Aware that the KL Summit is an initiative independent of its influence, the Saudi regime explained its absence during the 20-nation summit by claiming it is the wrong forum for matters of importance to Muslims. This Saudi “explanation” is as illogical as the regime’s illegality.

While it is unrealistic to expect dramatic changes emerging from the KL Summit now or in the near future, the fact that Malaysia explained the purpose of the summit in very practical terms is welcoming. According to Prime Minister Mahathir Mohamad’s office “the Summit is not a platform to discuss about religion or religious affairs but specifically to address the state of affairs of the Muslim Ummah."

Over the past several years, Crescent International has presented Malaysia, Iran, Turkey and Pakistan as the primary alternative bloc to US-installed regimes in the Muslim world.

While Pakistan is currently economically beholden to the Saudi regime, it is reasonable to assume that at some point in the near to medium-term future, Islamabad will distance itself from Riyadh. The essence of the current Pakistani government is strategically opposed to the ethos of Bani Saud.

Key participants at the KL Summit—Turkey, Malaysia and Iran—are led by governments with popular legitimacy and who see their vital interests being served by opposing Washington’s disruptive influence in the Muslim world.

While the three principal players may have some disagreements, the KL Summit provides an independent platform for Muslim countries to iron them out or agree to disagree on certain matters.

Making these two-issues central to the KL Summit’s vision would add political support to whatever social and economic policies envisioned by this new international Muslim organization.

Islamic identity in the Muslim world

Iran and Turkey can team-up in Yemen