Oman’s reinstatement of diplomatic ties with Syria is another defeat for NATO in Syria.

Muscat became the third Gulf sheikhdom to reestablish diplomatic ties with Syria after the UAE and Bahrain did so in 2018.

Washington-backed Persian Gulf monarchies would not opt for such a highly politicized move without nod from the US.

Omani ambassador’s return to Damascus indicates that the US regime accepts its failure in Syria.

These regimes’ normalization of relations with Damascus will further complicate Turkey’s position in the region.

Ankara remains the only power which is stuck with all the political, military, social and economic mess left from the proxy-war on Iran in Syria.

In the coming months it is quite likely that Turkey’s biggest problem in its Syrian fiasco will be a blowback from the takfiri militia in Idlib, Hayat Tahrir al-Sham (HTS), that it is aligned with.

HTS-type regressive groups have time and again demonstrated that they lack political vision and a coherent strategy.

When Pakistan with US support backed movements with a Salafi bent to fight the Soviets in Afghanistan, these movements became a major problem for Islamabad after the Soviet withdrawal.

It is possible that a similar situation would occur in Turkey’s relationship with the US-backed takfiris in Syria.

Turkey has not demonstrated the requisite maturity in dealing with the situation in Syria.

This will create difficulties for Ankara as others continue to restore relations with Syria.

In an in-depth analysis on Turkey’s failures in Syria, Burak Kadercan, Assistant Professor of Strategy and Policy at the United States Naval War College, accurately highlighted the following: “With their eyes fixated on the prize, Erdogan and Davutoglu could not see they were both wrong… the shallowness of Davutoglu’s strategic calculus fueled Ankara’s belief in a quick and decisive victory over Assad.”

Damascus is likely to utilize the restoration of ties with Oman to gain access to global economic mechanisms.

Muscat being traditionally independent of Saudi and UAE adventurism, is unlikely to refuse Syria’s request.

This will definitely irritate other GCC members.

Thus, an informal alliance of sorts between Oman and also Qatar is likely to emerge.

How they handle reestablishing their relations with Syria will add to existing divisions among GCC regimes.

Both Doha and Muscat have learned from the Syrian experience that they are better off not following Saudi regional policies.

Netanyahu in Oman: Another Step toward Palestinian Betrayal

Oman Also Betrays the Palestinian Cause 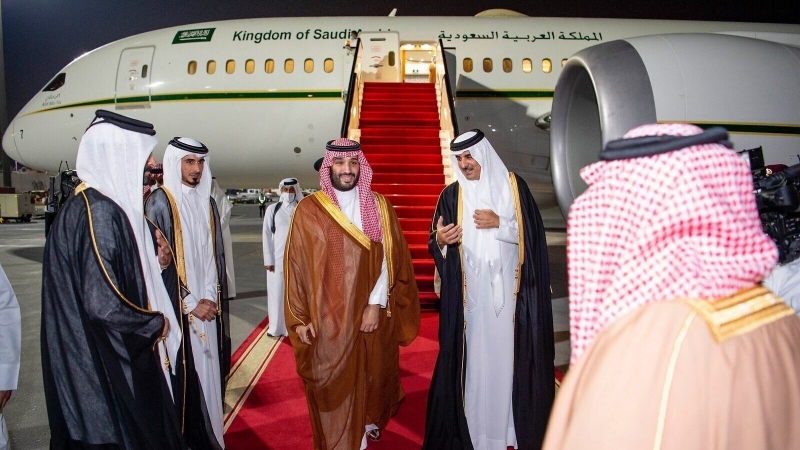 From biting each other’s noses, Arabian potentates back to kissing