Home / Articles / Praying at the Altar of the Titans (Part 2)

Praying at the Altar of the Titans (Part 2)

Civilization without religion is doomed 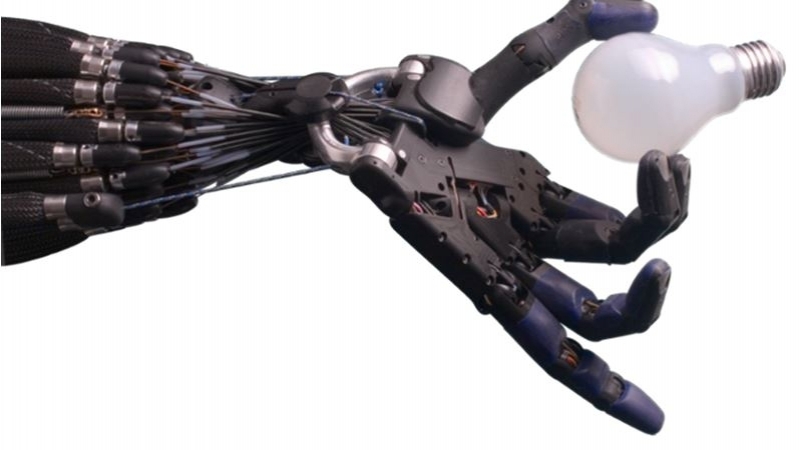 “When men choose not to believe in God, they do not thereafter believe in nothing, they then become capable of believing in anything” – attributed to Gilbert Keith Chesterton

The dramatic turn for the worse in the evolution of humanism and in the dizzying advances in science and technology have triggered heated debate among great thinkers and writers of the 20th century. And the discussion about its deep impact, on both man and the environment, is far from resolved; in particular concerning the key role the West has played, and is still playing, down such an exciting though perilous path.

Barring few exceptions, there are few bones to pick with modern technology — overwhelmingly originating in the West — which has yielded remarkable successes and rendered yeoman service to humanity as a whole, in almost every realm of human activity. To be sure, the “same technological warp drive that has given us iPhones and streaming services has cut extreme global poverty in half. The same tsunami of data that has revolutionized medicine has, with a twist and a tweet, given us 24-hour news with its howling stridencies. We spit and get our genetic history, press a button and access all human knowledge, navigate the globe on a six-inch screen.”1

Conversely, one can as well see this as a mixed blessing, and ask whether it doesn’t seem possible, in the midst of our digital lives, that Silicon Valley’s darkest, stealthiest triumph has been to merge personal technologies that improve our efficiency with personal technologies that alter our humanity?2 And whether we still have control over this rapid pace of development so that to ensure that we — and our powerful future quantum supercomputers — direct research in such a way as to reap the benefits of the ongoing staggering technological progress while avoiding its potential pitfalls?

Thus, with much less benefit of hindsight than Franklin Foer and many other contemporary scholars, but with far more foresight, Nobel Prize laureate Aleksandr Solzhenitsyn dealt with this very topic eloquently in an historic speech3 delivered before a large audience gathered at Harvard University in 1978 — at a time when the East-West Cold War was at its peak, and only four years after he had been deported to the West from his then communist Soviet Union. He observed that in Western societies, defense of individual rights had reached such extremes as to make society as a whole defenseless against certain individuals, and destructive and irresponsible freedom has been granted boundless space. Such a tilt of freedom in the direction of evil, he affirms, has “come about gradually, but it was evidently born primarily out of a humanistic and benevolent concept according to which there is no evil inherent to human nature […] The fight for our planet, physical and spiritual, a fight of cosmic proportions, is not a vague matter of the future; it has already started. The forces of Evil have begun their offensive; you can feel the pressure, and yet your screens and publications are full of prescribed smiles and raised glasses. What is the joy about?”

The Russian philosopher then asked how such an unfavorable relation of forces had come about, and how did the West decline from its triumphal march to its (present) sickness? He responds that the West found itself in such a state not because there had been sudden fatal turns and loss of direction in its development, since it had kept advancing socially in accordance with its proclaimed intentions with the help of brilliant technological progress. Rather, the mistake, according to him, must have been at the root, at the very basis of human thinking in past centuries. He referred specifically to the prevailing Western view of the world that was first born during the Renaissance and found its political expression from the period of the Enlightenment, and which “became the basis for government and social science and could be defined as rationalistic humanism or humanistic autonomy: the proclaimed and enforced autonomy of man from any higher force. It could also be called anthropocentricity, with man seen as the center of everything that exists.”

As a result of this new way of thinking introduced by the Renaissance, says Solzhenitsyn, Western civilization “became founded on the dangerous trend to worship man and his material needs,” and everything beyond physical well-being and accumulation of material goods, all other human requirements and characteristics of subtler and higher nature were “left outside the area of attention of state and social systems, as if human life did not have any superior sense.”

Solzhenitsyn then warned of a looming disaster that has been under way for quite some time; that is the calamity of a de-spiritualized and irreligious humanistic consciousness. He explained that on the way from the Renaissance to our days we have enriched our experience, but “we have lost the concept of a Supreme Complete Entity which used to restrain our passions and irresponsibility” only to find that we were being deprived of “our most important possession: our spiritual life.” In the East, he explains, it is destroyed by the dealings and machinations of the ruling party; and in the West, commercial interests suffocate it. Consequently, the split in the world is “less terrible than the similarity of the disease plaguing its main sections.”

In concluding his masterful speech — which remains strikingly relevant today, apart from the facts of the collapse of the Soviet Union in 1991 and the ensuing demise of communism — Solzhenitsyn made the observation that if the world has not come to its end, it has approached a major turn in history “equal in importance to the turn from the Middle Ages to the Renaissance,” and that if we want to save life from self-destruction, there needs to be a spiritual upsurge, whereby humans shall have to rise to a new height of vision, to “a new level of life where our physical nature will not be cursed as in the Middles Ages, but, even more importantly, our spiritual being will not be trampled upon as in the Modern era.” This ascension, he stressed, “will be similar to climbing onto the next anthropologic stage. No one on Earth has any other way left but upward.”

Today, perhaps more than ever before, humanity is in the midst of a tidal wave of change. Astrologers insist this is inherent to the “Age of the Aquarius.”4 Solzhenitsyn and some other ingenious and visionary writers — like Yuval Noah Harari, Jonah Goldberg, and, before them all, Algerian Malek Bennabi5 — believe it is symptomatic of the transition into the next stage of mankind’s history.

So now that the diagnosis of humanity’s current predicament has been made, the burning question that arises with increasing urgency is how can humanity rise to the daunting challenge of offering a prescription both to cure the multifaceted ailments that are threatening its very survival, and to navigate wisely our way forward in a growingly complex world?

In his latest book,6 Harari rightfully notes that there is today just one civilization in the world. He explains that 10,000 years ago humankind was divided into countless isolated tribes, but with each passing millennium, these fused into larger groups, creating fewer and fewer distinct civilizations. Thereafter, more prominently in recent generations, the few remaining civilizations have been blended into a single global civilization. And although “political, ethnic, cultural, and economic divisions endure, they do not undermine the fundamental unity.”

Rejecting the “misleading” thesis of the “clash of civilizations,” he believes that mankind is losing faith in the liberal story that dominated global politics in recent decades, exactly when the merger of biotechnology and information technology confronts us with the biggest challenges humankind has ever encountered. Harari is convinced that “any story that seeks to gain humanity’s allegiance will be tested above all in its ability to deal with the twin revolutions in Infotech and biotech.” He, accordingly, draws the conclusion that “if liberalism, nationalism, Islam, or some novel creed wishes to shape the world of the year 2050, it will need not only to make sense of artificial intelligence, Big Data algorithms, and bioengineering — it will also need to incorporate them into a new meaningful narrative.”

For his part, Jonah Goldberg,7 building on the research and theories of dozens of sociologists, historians, and economists, makes the case that America and other democracies are in peril because they have lost the will to defend the values and institutions that sustain freedom and prosperity. For the West to avoid “suicide” and survive, he says, “we must renew our sense of gratitude for what our civilization has given us and rediscover the ideals and habits of the heart that led us out of the bloody muck of the past — or back to the muck we will go.” In other words, he advocates a return to core, conservative values.

More significantly, Goldberg also makes an important observation that has been “oddly” overlooked by almost all book reviews, even though it constitutes the main theme of the book’s conclusion titled “Decline is a choice”; that is “whether you believe in God or not, it is simply the case that the idea of God has shrunk in society and in our hearts.” This, in turn, has greatly impacted the influence, on individuals and societies alike, of the notion of “God-fearing” — that God is watching you even when others are not. Quite justifiably, Goldberg views this notion as the greatest check on the natural human desire to give in to one’s feelings and do what feels good or even what feels “right”; and, as such, it is “the most powerful civilizing force in all of human history.” Such a negative evolution, Goldberg further explains, creates an opening for all manner of ideas to flood in, thence agreeing with the well-known dictum attributed to Gilbert Keith Chesterton, “When men choose not to believe in God, they do not thereafter believe in nothing, they then become capable of believing in anything.”

A common and recurring thread in the above big ideas is the belief that civilization without religion is doomed. This is a proven historical fact that has been extensively documented.8 It is therefore my conviction that the world is still split apart, but not exactly along Solzhenitsyn’s Cold War lines anymore. To be sure, the 20th century has been both the cradle and the cemetery of all ideologies and all

“-isms.” And once again, history is taking an unexpected turn: the latest of its victims, the last of the ideological Mohicans, is now liberalism, which not so long ago — having successfully dealt a death blow to its communist rival — seemed set to last forever.

Today’s split is fundamentally between believers and disbelievers. If it really is the case, then the big question to ask inescapably is: how can we possibly find the best ways and means to live together in peace,9 by reconciling science, reason, and faith, hence bridging the dangerously widening gap between those two components of today’s single global civilization dwelling in a rapidly changing and tightly interconnected world? We shall attempt to answer this big question in a forthcoming analysis.

7. Jonah Goldberg, “Suicide of the West: How the Rebirth of Tribalism, Populism, Nationalism, and Identity Politics Is Destroying American Democracy.” Crown Forum, 2018.

9. At the initiative of Algeria, the United Nations General Assembly adopted, on December 8, 2017, resolution 72/130 declaring the 16th of May as the International Day of Living Together in Peace.

Praying at the Altar of the Titans

The Internet: a major potential resource for the new Muslim communities in the west

Political implications of Muslim allegiance to western science and technology