Home / Articles / Quds Day and The Covenants of the Prophet (pbuh)

Quds Day and The Covenants of the Prophet (pbuh)

Each year, as the month of Ramadan draws to a close, Muslims prepare to end their fast on Eid al Fitr, one of the two great Islamic holidays. But there is another important date near the end of Ramadan that ought to be universally observed by the global Muslim community. That date is Quds Day, the final Friday of Ramadan—the day Muslims commemorate their dedication to the liberation of the Zionist-occupied holy city of Jerusalem-al-Quds.

Each Quds Day, hundreds of thousands of Muslims strive against the occupation of the holy land with their hands and tongues, organizing and attending rallies on all five continents. Millions more yearn for change with their hearts.

Quds Day has been widely observed since 1980, when Imam Khomeini proclaimed the last Jumuah in Ramadan as the date for Muslims to remember and oppose Zionist occupation, and to strive for the liberation of the holy land. In 2020, due to pandemic restrictions, large gatherings could not be held in most countries. So activists instead launched the #FlyTheFlag campaign calling on people to publicly display the Palestinian flag during the week-long run-up to Quds Day, then post about it with the hashtag #FlyTheFlag.

The same campaign continues this year. Since Quds Day falls on Friday May 7, 2021 (Ramadan 25, 1442AH) people will be flying Palestinian flags from May 1 to May 7. Organizers at ihrc.org posted the following instructions:

As we fly the flag and spread the hashtag once again this year, we may encounter people who ask us whether Quds Day is “just a Muslim thing” or “just an Iranian thing.” The answer is, definitely not! While Quds Day’s primary focus is on the duty of Muslims to help liberate Palestine, it is not constrained by national or sectarian boundaries. The Jewish group Naturei Karta, and many secular Palestinian solidarity organizations are major forces behind Quds Day.

While looking over the lists of organizations that endorse or sponsor Quds Day, I was unable to find any Christian groups. That is unfortunate, since Palestinian Christians have suffered alongside their Muslim compatriots—and since Occupied Palestine is a holy land for the world’s roughly 2.5 billion Christians as well as for nearly two billion Muslims and 15 million Jews. (Yes, many Christians do participate in Quds Day, but for some reason there appears to be a shortage of specifically Christian organizations among the sponsors and endorsers.)

This Christian underrepresentation on Quds Day can and should be rectified. The run-up to Quds Day offers Muslims a chance to reach out to Christians and help educate them not only about Palestine and Zionism, but also about:

* the true nature of Islam;

*Muslims’ reverence for the one true Messiah, Jesus (Issa);

*and the duty of Muslim to protect Christians “until the end of time,” as stated in The Covenants of the Prophet Muhammad with the Christians of the World.

When Muslims vow to liberate Palestine, they are not doing so merely for themselves and their Palestinian co-religionists. Our duty to end Zionism and free Palestine, one aspect of our obligation to strive for justice in the path of God, is also for the sake of the oppressed Palestinian Christians—as well as the larger global community of Christians, whose holy sites are being desecrated by a Zionist movement that seems inspired by Dajjal.

As Muslims, we are required by the Covenants to protect Christians and their holy places. The genocidal Zionist assault on Palestine—the one and only Christian holy land—by a people that historically loathes Jesus and reviles him in the most obscene terms imaginable, represents an atrocity and an abomination... and a grotesque humiliation of the world’s 2.5 billion Christians by a miniscule, evil minority from among the world’s 15 million Jews. (The evil so-called Jews behind Zionism are for the most part not Jews at all, but atheists, and their victims have included a great many God-fearing Jews as well as Muslims and Christians.)

We Muslims need to reach out to Christians and explain that when we fight for Palestine, we are fighting for them, for their holy places, for their dignity, and even for their Messiah. (Most Christians erroneously believe that Muslims hate Jesus, not realizing that, as per the Qur’an, the beloved holy prophet Jesus is our Messiah too.)

As we reach out to justice-seeking Christians around Quds Day, we can also help disabuse them of their mistaken identification of Islam with Gulf Arab despots and wahhabi-takfiri fanatics. We can explain that the Arabian rulers, who generally enjoy highly un-Islamic lifestyles, and their bloodthirsty takfiri militias, who hate non-takfiri Muslims even more than Christians, have strayed very far from the path of Islam.

We Muslims should say to Christians:

“Please join us in the noble cause of liberating your holy land and our holy land from the forces of evil that are occupying it and exterminating the God-fearing native people there, people of your religion and of my religion, people whose only sin was that they and their ancestors are from that blessed place.

“We know that some of you cannot fight beside us because you believe your holy prophet and messiah told you to turn the other cheek. We know that some of you will not fight beside us because you have been brainwashed by the Zionists who dominate your media and finance. But if there are any real Christians among you, any true followers of the beloved Prophet Jesus/Issa, any readers of the Injeel who feel love and compassion for the oppressed people of Palestine, please join us and help us strive against the monstrous injustice of Zionism.

That message—the message of the Covenants as applied to the struggle for the Holy Land—needs to be sent from every mosque to every church, every Muslim to every Christian, until it is finally heard and heeded.

Quds DayCovenants of the Prophet 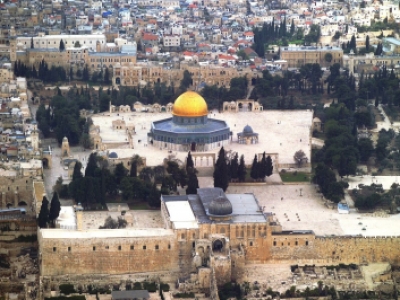 International al-Quds Day – a global cause? 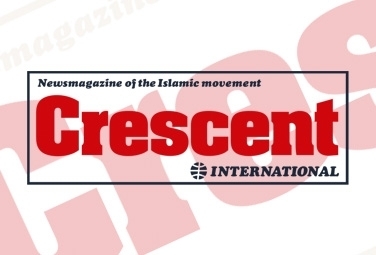