Seeking solution to the Karabakh conflict in the Prophetic Sirah 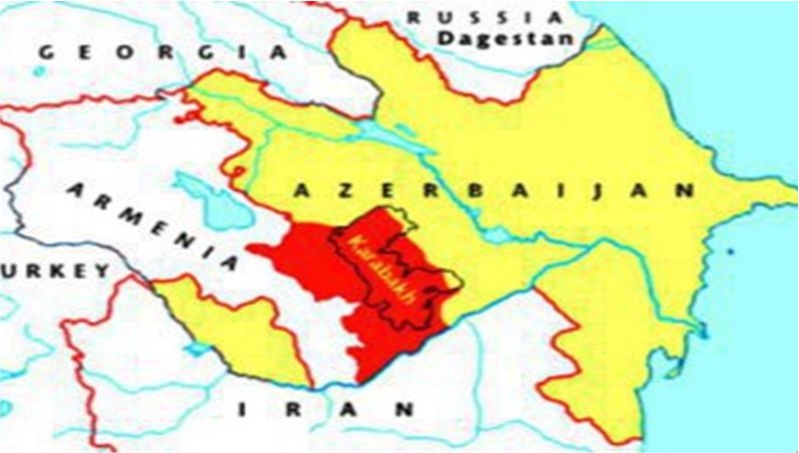 In June 2010, we published this commentary on the conflict in Karabakh. We reproduce it in view of the renewed conflict underway in Karabakh today between Azerbaijan and Armenia.

A solution based on the principles of the Prophet’s (pbuh) Sunnah and Sirah would allow Armenians in Karabakh to acquire true independence. The “independence” they have today has turned Karabakh Armenians into a political instrument of Russia and the US.

The May 23, 2010 Parliamentary elections in occupied Karabakh showed that the regime in Azerbaijan has no leverage to influence the socio-political process there. An illegitimate yet competitive and lively electoral campaign among Armenian nationalist groups in Karabakh undermined the sham policies of President Ilham Aliyev of Azerbaijan to liberate the occupied territories. Taking into account that the current ruling clan in Azerbaijan does not have within its ranks even a single well known veteran of the Karabakh war, it is not surprising why Armenian separatists fear no repercussions for their illegitimate acts.

The recent elections showed that 16 years after Geidar Aliyev, founder of the authoritarian regime in Azerbaijan, signed a humiliating treaty with the separatist movement in Karabakh, the conflict is nowhere near to resolution. Discussing what options the current government in Azerbaijan has in resolving the conflict would not yield any results. The overwhelming majority of Azeris have stopped believing the regime’s repeated promises to liberate the territory through military action or negotiations. The current Azeri regime acquired power by collaborating with the separatist movement in Karabakh. Therefore, the right atmosphere for a resolution can only emerge if the current regime in Azerbaijan ceases to exist. Given its many weaknesses, the regime’s downfall appears imminent. Hypothetical resolution principles for the Karabakh conflict in post-authoritarian Azerbaijan must, therefore, be examined from a realistic perspective.

If a realistic attempt to resolve the conflict in Karabakh through negotiations is to be made, it must take account of two points: 1) Armenians will not surrender the occupied territories with the simple stroke of a pen after they sacrificed thousands of lives to get them. Karabakh is part of the Armenian na-tionalist myth and this will not change easily; 2) The Azeri people will never accept the existence of Karabakh as a separate entity. So, where do we go from here? We must go straight to the Sirah of the Prophet Muhammad(pbuh) to seek a solution to this problem.

When the Islamic State was established in Madinah, it had a unique public policy tool tht can be called “Communal Autonomy.” Non-Muslim members of the Islamic State in Madinah were not subjected to all regulations of the Shari‘ah, only to the general principles, which concerned mainly state security and public order. This system was implemented by the successors of the Prophet (pbuh) and advanced by the Ottomans when they took over the Balkans and other territories where non-Muslims resided in significant numbers. The general principles of this system established by the Prophet (pbuh) have a practical precedent that provided more rights and freedoms to minorities than any contemporary international institutions have so far designed. From the time of the Prophet’s (pbuh) Islamic State up until the fall of the Ottoman Empire, minorities within the Shari‘ah-ruled state were allowed to live by their own legal code and customs. Non-Muslims were often part of the government bureaucracy and ran their own communities in a parallel and independent manner.

Taking the principles from the Prophet’s (pbuh) Sirah into consideration and developing them within the principles of the Shari‘ah for the contemporary environment, a genuine attempt can be made for a negotiated settlement in Karabakh. Armenians and Azeris both belong to the Caucasus and share a similar mindset and many cultural similarities. Therefore, a mutually acceptable settlement can potentially be agreed upon.

In territorial conflicts, resolutions often depend on who has better and bigger firepower on the ground. Maintaining armed militias are often regarded as a guarantee by the secessionist movement that the central government will respect its rights. Therefore, if a negotiated settlement does not completely disarm the Armenians and allows them to maintain their lightly armed detachments they will not fear that the Azeri government will restrict their rights. Armenian law enforcement forces would function within a revised constitution of Azerbaijan that would provide greater rights and responsibilities to the Armenian minority within Azerbaijan.

Dividing law enforcement agencies into Azeri, Armenian, and where needed into ethnically mixed groupings in Karabakh would eliminate a potentially disruptive situation where one ethnicity would abuse the other. Armenian violators of law would be detained by Armenian forces and Azeri violators would be tackled by Azeri forces. However, in order for this concept to be successfully implemented only indigenous Karabakh Armenians would be allowed to remain in Azerbaijan. All other Armenian settlers from Lebanon, Turkey, Syria and Armenia itself that settled in Karabakh after the occupation would have to leave or apply for residency permits. Armenian separatists would also need to allow all Azeri refugees to return to Karabakh unconditionally and recognize Karabakh as part of the sovereign state of Azerbaijan. In return, ethnic Armenians would acquire the independence for which they fought and the Azeri state and people would get back their land.

A solution based on the principles of the Prophet’s (pbuh) Sunnah and Sirah would allow Armenians in Karabakh to acquire true independence. The “independence” they have today has turned Karabakh Armenians into a political instrument of Russia and the US. An Islamic solution to the Karabakh problem would provide Armenians in Karabakh with an opportunity to have schools in their own language, use their own legal code, practice their religion and even enforce their own regulations within their own community. A solution based on the Islamic principle of Communal Autonomy derived from the Prophet’s (pbuh) Sirah would provide the same rights to Azeris in Karabakh who were illegally expelled from their lands by Armenian nationalists.

If the above proposed solution were to be pursued with sincerity and justice by a committed leadership, it can work. At the moment Armenians in Karabakh have a leadership that is committed to their cause; the Azeris have a leadership that purchases properties worth millions of dollars in Dubai while ordinary Azeris languish in poverty. Therefore, leadership is a crucial issue in resolving the Karabakh conflict. However, currently, Azeri “leaders” work to advance the strategic interests of the global hegemonic powers.

Therefore, once Azerbaijan’s leadership changes, the country must be ready to confront the forces of global hegemony. A genuine change of government in Azerbaijan will affect the interests of global powers on a strategic level and they will not simply sit back and let events take their course. Reaction towards leadership change in Azerbaijan may include a Georgian-style invasion from Russia, foreign instigated ethnic unrest in the North of the country, a unilateral attack by Armenia on the Nakhchivan region, an economic embargo and probably a civil war. In order to graduate from such trials with success, a society must develop ideological stamina and support a wise leadership committed to principles and not just interests.

Internal and External Dynamics of the Karabakh War

The Transformative Power of the Sirah

The Sirah from a hitherto neglected dimension: the letters and treaties of the Prophet