Sheikh Abgul the socio-political benchmark of authenticity in Azerbaijan

Four years after his sentencing, Sheikh Abgul Suleymanov is turning into a major symbol against the corrupt Aliyev regime.

In August 2011 Ilham Aliyev’s kangaroo court sentenced the prominent Islamic scholar and activist, Sheikh Abgul Suleymanov to 11 years in prison. The charges against him were completely fabricated: possession of weapons and drugs. Although the ludicrously fabricated charges were the official pretext for Sheikh Suleymanov’s arrest, regime officials repeatedly referred to his sermons, declarations and statements critical of the ruling caste during his trial in order to expose his “extremism.”

The Aliyev regime has continued to pressure Sheikh Abgul while in prison. He is currently incarcerated in the maximum security prison in Qobustan. Prior to that he was held in the notorious prison #13 located in Qaradaq region. This prison built decades ago by the Soviet regime, is known for its filthy cells, little food, contaminated water and lack of air in its dark tiny cells. Despite his arrest four years ago, Sheikh Abgul continues to influence events outside the prison. During the fake presidential “elections” in 2013, the Aliyev tolerated “opposition” had to pledge their support for Sheikh Abgul in order to appear authentic.

Unfortunately, no external pressure can be expected, as Western human rights and legal institutions that have some influence over the Aliyev regime, do not care about Islamic political prisoners. While it is difficult to predict when and how the oppressive socio-political and corrupt economic conditions in Azerbaijan will lead to the outburst of public dissatisfaction and anger, nevertheless, when that moment arrives, any movement in Azerbaijan that wishes to win public sympathy will be forced to demand the release of Sheikh Abgul.

The Aliyev regime fully understands the strategic setback this possibility would pose. Therefore, it cannot be ruled out that like Vaqif Abdullayev before him, Sheikh Abgul may be martyred in prison. Should that become a reality, the turn of events will create even bigger headaches for the Aliyev regime. Sheikh Abgul’s line will simply become the unquestionable socio-political benchmark for Azeri society.

It is already happening.

Sheikh Abgul to be sent to maximum security prison in Azerbaijan 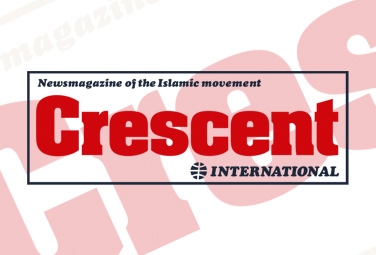 The Safavid dilemma of the Aliyevs