No copyright infringement is intended - TRTWorld.com

Naftali Bennett’s visit to meet the unelected and autocratic rulers of the UAE on December 13 was plastered as the main headline in many parts of the world.

Nevertheless, reports countering the normalization narrative have also been making top news, but in an organic manner.

On December 12, the Algerian national soccer team raised Palestinian flags after reaching semi-finals of the FIFA Arab Cup in Qatar.

Considering how proud and patriotic the Algerians are due to their bitter struggle against French colonialism, the gesture is a manifestation of reality that the occupation of Palestine will never be accepted by the Muslim masses.

On the same day as Bennet was conducting a photo-op with UAE’s autocratic rulers, prominent Palestinian Islamic leader Sheikh Raed Salah was being greeted by hundreds of Palestinians upon his release from Israeli prison.

While the two events—Algerian soccer team’s gesture and the Palestinians’ rousing welcome of Salah—may appear insignificant, when evaluated in the broader context, they reflect a reality that Israel’s “normalization” is confined to the region’s illegitimate rulers.

Who are Israel’s regional lackeys?

All are notorious for torture, suppression of basic freedoms and are highly corrupt.

Do the Zionist rulers really believe that the citizens of Egypt, UAE or Jordan support the policies of their regimes?

In every Muslim country where there is some electoral process, Israel is considered a pariah entity, from Malaysia to Tunisia.

No flashy press conferences can alter this reality, no matter where they are held, whether in seven-star hotels of Dubai or the Bosporus of Istanbul.

Thus, in the near to long-term, Israel will never be normalized as a legitimate state entity.

The Zionist regime will always be forced to prop-up unelected and oppressive regimes in Egypt, Saudi Arabia or Jordan in order to continue with its occupation of Palestine.

For how long can Israel, an entity highly dependent on Western military, economic and political subsidies fight on multiple fronts? Another ten or twenty years?

For how long can Israel continue backing regimes which deny their own citizens basic rights?

Will those societies simply turn a blind eye to Israel backing elites who oppress them?

The responses to these basic questions are evident to sober minds aware of the region’s politics.

Since its inception, the Zionist regime has waged multiple wars and indulged in political machinations to force its neighbors to accept its occupation of Palestine.

Having UAE type unelected and oppressive rulers host the Zionists has little to no real societal impact and deep down the Israelis know this.

So do the Palestinians.

No occupation has ever lasted indefinitely unless it is accompanied by genocide as happened in North America and Australia.

The days of genocide, however, are long over.

The Palestinians refuse to surrender meekly or disappear quietly.

Their struggle is noble, legitimate and has the support of most of the world’s masses. 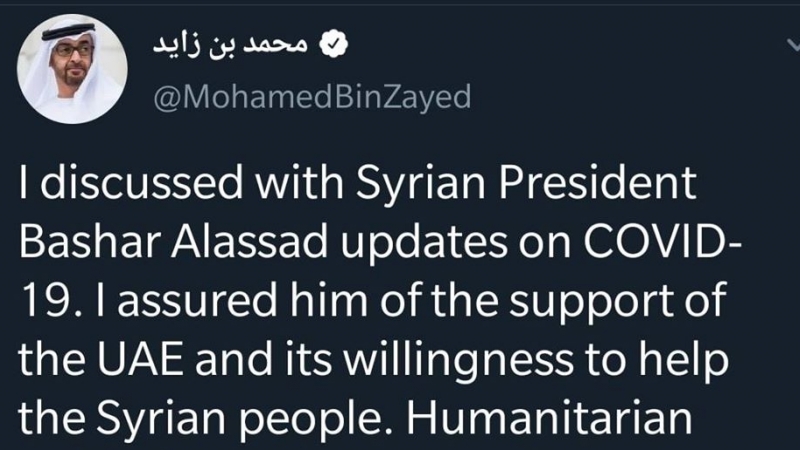 UAE decides to kiss and make up with Syria

Arabian clowns surrender to the Zionists