Every year the Rahbar, Imam Seyyed Ali Khamenei, as leader of the Islamic Ummah, delivers his message to those assembled in Arafat for Hajj. In following the Sunnah of the noble Messenger (pbuh), his message also touches on the burning issues facing the Ummah. Here is the full text of this year's message.

“In the Name of Allah, the Mercy-giving, the Merciful

“Allah praise is due to Allah, the Lord of the Worlds, and sincere greetings and salutations upon Mohammad (pbuh) and His holy Progeny

“A salutation and greeting arising from enthusiasm and reverence to you, the fortunate people who have accepted the call of the Qur’an and have hastened to be the guests at the House of Allah.

“The first word of advice is to know the value of this great blessing and endeavor to get close to its goals by reflecting on personal, social and spiritual and international dimensions of this unique obligation and ask the Merciful and Powerful Lord to help you do this.

“I, accompanying you both with my heart and my words, ask the forgiving and gracious Lord to complete His blessings on you and since He has bestowed upon you the honor of undertaking this journey, [He will] also help you to fulfill the Hajj rituals in their entirety and then through His generous acceptance, return you safe to your destinations with full hands and complete health.

“In the good opportunity that has been provided by this rich and unparalleled ritual, apart from spiritual purification and rehabilitation, which is the most sublime and the most basic achievement of Hajj, due attention to various issues of the Islamic world as well as a comprehensive and broad-based approach to the most important and highest-priority issues related to the Islamic Ummah, should top the list of duties and rites of the Hajj pilgrims.

“The issue of unity among Muslims and cutting the knots that have created distance among various parts of the Islamic Ummah is among these important issues, which are of high priority today.

“Hajj is the manifestation of unity and integrity and the bedrock of brotherhood and cooperation. In Hajj, everybody should learn a lesson about focusing on commonalities and doing away with differences. Sowing discord to meet their nefarious desires has been high on the agenda of the colonialist powers for a long time.

“However, now in the light of the Islamic Awakening, Muslims worldwide have correctly found out about the animosity of the imperialist and Zionist front and have taken a firm stand against it, policies that aim to divide Muslims are being pursued with even greater vigor.

“The deceitful enemy is bent on fanning the flames of civil war among Muslims in order to undermine the determination and motivation for resistance and struggle. This is aimed at protecting the Zionist regime and other agents of imperialism that are the real enemies of Islam and committed Muslims. Launching Takfiri terrorist groups and their ilk in countries of the West Asia region is a consequence of this treacherous policy.

“This is a warning for all of us to put the issue of unity among Muslims on top of our national and international duties.

“Another important topic is the issue of Palestine. For 69 years from the creation of the usurping Zionist regime and through ups and down of this important and sensitive issue, and especially as a result of the bloody developments of recent years, two realities have been revealed to all people. Firstly, the Zionist regime and its criminal backers know no boundary and limit for cruelty and brutality and trampling upon all human and ethical norms.

“They consider themselves free to commit any crime, genocide, destruction, massacre of children and women and defenseless people, and any other act of aggression and oppression that they can perpetrate, and they do so with pride. Woeful scenes of the recent 50-day war on Gaza were the latest example of such horrible crimes, which have of course been repeated frequently during the past half a century.

“The second fact is that all these brutalities and catastrophes have not been able to help the leaders and supporters of the Zionist regime to achieve their goal. On the contrary, the foolish reliance on brute force and power, which evil politicians wished for the Zionist regime in their minds, this regime is getting closer to collapse and annihilation with every passing day.

“The 50-day resistance of the besieged and defenseless people of Gaza against all the power that the Zionist regime could muster, and finally, the failure and retreat of this regime and its submission to conditions set by the Resistance, were clear manifestations of its weakness, inability and impotence.

“This means that the Palestinian people should be more hopeful than ever. The fighters of [Islamic] Jihad and Hamas should reinvigorate their endeavor, determination and resolve; and the West Bank should continue on its regular proud path with more vigor and strength. The Muslim masses must pressure their governments to lend genuine and tangible support to Palestine, and Muslim governments should embark on this path with honesty.

“The third important and high-priority issue is the intelligent and sophisticated approach that sympathetic activists in the Muslim world should adopt to the discrepancy between pure Mohammedan Islam and the American Islam. While avoiding confusing and mixing these two, they should also prevent others from doing so. Our late great Imam was the first person to try to differentiate between these two categories and entered [that difference] into the political lexicon of the Muslim world. The purified Islam is the Islam of serenity and spirituality, of piety and freedom, and Islam that is tough on the deniers of Allah’s Power-presence but lenient and compassionate towards the faithful.

“The American Islam is the result of putting on the garb of Islam on subservience to foreign powers and enemies of the Islamic Ummah. An Islam that fans the flames of division among Muslims instead of trusting in the Divine Promise, puts its trust in the enemies of Allah; instead of fighting Zionism and imperialism, it fights its Muslim brethren [and] becomes united with American imperialism against its own people as well as other people is not [true] Islam. It is rather a dangerous and pernicious hypocrisy against which every true Muslim should fight.

“An approach combined with insight and deep thinking will clearly reveal these important facts and issues in the reality of the Islamic world for any person who seeks truth and also determines the duty and obligation of the day without any ambiguity.

“Hajj and its rituals and rites provide a golden opportunity to acquire such insight and I hope you, the fortunate Hajj pilgrims, would be able to take full advantage of this divine blessing.

“I leave all of you under the protection of Almighty Allah and ask the Merciful Lord to accept your endeavor. 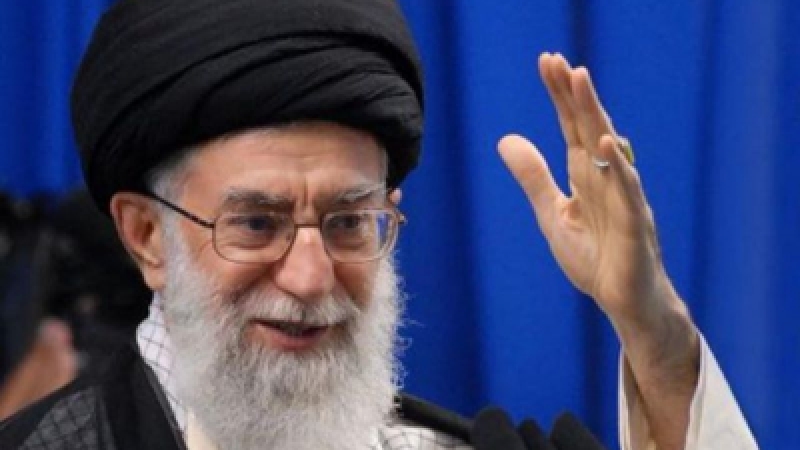 Imam Khomeini (r.a.) on the significance of the Hajj for the global Muslim Ummah

Saudi destruction of the historic sites of Islam…