Home / Articles / Underemployment in the West likely to increase

Underemployment in the West likely to increase 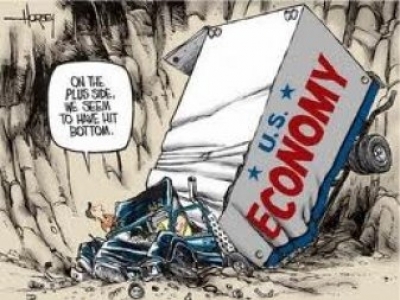 Underemployment will continue to be used as one of the main tools to stall an uprising against the ruling caste in the West.

As the economic decline of Western countries continues, underemployment will be increasingly used by various regimes as a mechanism of societal control.

Over several decades the cut-throat capitalist system imposed on the globe by Western imperialist regimes created illusionary economic dogmas through which it created the image of being the economic powerhouse of the world. The principle reason why many people still perceive Western economies as powerful is due to the fact that economic terms that define prosperity, progress and the lack thereof are defined and enforced by power institutions dominated by the West. This capability has allowed western governments to sideline the issue of underemployment.

While most people understand what is meant by unemployment, few pay close attention to the rising phenomenon of underemployment—a situation when a person is employed, usually in a low-paying job making the bare minimum wage for survival. The person’s full potential is not utilized nor is he/she given the requisite amount of hours of work to make a decent living.

Even though the issue of underemployment is being swept under the rug by governments and mainstream media outlets, the growing phenomenon of this modern version of slavery is gaining more attention from other segments of society worldwide.

A report published by the Canadian charity, the United Way Toronto (UWT) in February 2013, titled, It’s More than Poverty: Employment Precarity and Household Well-being examines several of the fallacies generated by the broader notion of underemployment. One of focuses of the UWT’s latest report looks at how “social scientists have adopted the term ‘precarity’ to describe states of employment that do not have the security or benefits enjoyed in more traditional employment relationships. These precarious employment relationships are becoming the ‘new normal’ for many in our workforce.”

The report also identifies the racial factor in its study by discovering that “white people, people born in Canada, and immigrants who have been in Canada for 20 or more years are more likely to be in the secure cluster and new immigrants are mainly in the precarious cluster.”

Taking into account the growing inequality of wealth distribution worldwide, particularly in Western countries and the sophisticated methods of suppression adopted by Western regimes, underemployment will continue to be used as one of the main tools to stall an uprising against the ruling caste of the super-rich in Western countries.

High price of the 'American Dream'

US faces up to its total defeat in Iraq, militarily and politically 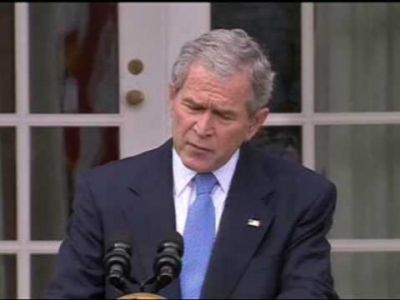 Bush administration faces the defeat of its agenda