Home / Articles / Violence in Mali and the spread of AFRICOM

Violence in Mali and the spread of AFRICOM

French military invasion of Mali backed by the US, Britain and other western countries, has everything to do with the re-colonization of Africa and little or nothing with helping the Malians to fight off militants.

Mali has been simmering for the better part of a year, and France lit the matchstick when it bombed “militants” in the northern part of the country for over a week. French President Francois Hollande, facing declining popularity at home, not only ordered airstrikes against Mali but authorized a larger French military bootprint in the country, declaring that French military presence in Mali will reach 2,500 troops.

Among the reasons given by Hollande include protecting the lives of French citizens in northern Mali, and safeguarding the Malian state until the African Union could send in troops. Media outlets depicted the US as standing on the outskirts of the conflict, providing “military support” for French air power — as if Hollande was a Napoleon Bonaparte embarking on une grande aventure impériale rather than a clerk for Pentagon Inc. The Malian resistance vowed that France had “opened the gates of hell” by this action. The drama spiraled further when “al-Qaeda militants” captured a gas plant in Algeria in retaliation for the Malian attacks, prompting a military operation on the part of the Algerian government, resulting in the death of 81 people.

This theatrical burst of violence in North Africa has led the US to dub North Africa as a possible site of intervention. Secretary of Defense Leon Panetta (and ex-CIA spook par excellence) flagged the gas-field attack a “terrorist attack,” and hinted at a more extensive engagement in North Africa. As per a New York Times article: “[Panetta’s] statement suggested that the Obama administration could be drawn into a military entanglement in North Africa that it had been seeking to keep at arm’s length — even as it has conceded that the region has become a new haven for extremists who threaten Western security and vital interests.”

While France and sheikhdoms in the Persian Gulf take the lead in the North African conflict — Hollande recently met with the emirs of the Khaleej in order to convince them to fund its military enterprise in Mali — the US stays in the shadows of the stage like the Godfather of Coppola’s movies, his face dimly lit by the glow of burning buildings, cities, and populations. Many news commentators drew comparisons between Mali and Afghanistan, noting the suddenness with which the Taliban appeared in the Eurasian state, transforming it into a Wild West meriting US interventionism. Similarly, the pyro-technics of al-Qaeda in the Islamic Maghreb (AQIM) as the group is styled, has become the raison d’etre for Pentagon Inc. takeovers.

While France takes the lead in the Malian military strike, and the US provides “munitions support” — code for detailed orchestration — it appears that every member of Pentagon Inc. has been summoned in order to contribute to the North Africa enterprise. As in the 1991 Persian Gulf War against Iraq, the Gulf states are once more persuaded to gussy up the cash for the arms flow to Pentagon Inc. forces in North Africa, converting liquid naphta into the instruments of violence. The Canadian government announced that it is sending a CF-17 transport plane to northern Mali to add to the military buildup by the NATO powers in the area. Britain, never behind in ensuring that Pax Americana continues to lubricate its own neo-colonial holdings, sent two transport planes to assist Hollande’s attacks. As in the gameshow, Who Wants to Be a Millionaire, Pentagon Inc. too uses the option to “phone a friend.” British newspaper The Independent reported: “The help was agreed in a phone call between David Cameron and President Francois Hollande, after France sent in forces to support the Malian government.” Meanwhile, according to a Washington Post article, the US State Department has declared: “The United States has dispatched about 100 military trainers to six nations that will contribute troops to a pan-African force being prepared for deployment to Mali.”

Hollande rose to power in France on a socialist ticket, displacing former President Nicholas Sarkozy, who was roundly critiqued by the French press as warmonger and acolyte of US imperial interests. However, Hollande’s own rhetoric borrows a page from the cowboy gunslinging of George W. Bush — the mild mannered socialist makes it clear that fragile, ethereal Europe must be protected from the dastardly “terrorists” threatening it from within the confines of their own continents. “What do we plan to do with the terrorists?” Hollande queried. “Destroy them. Capture them, if possible, and make sure that they can do no harm in the future.” Hence French bombing of the towns of, and its airlifting of gendarmes onto North African soil.

Geopolitics and violence in Northern Africa is closely linked to the establishment of AFRICOM — the Pentagon’s center of operations in Africa in order to facilitate US power penetration in the new scramble for Africa. Pentagon Inc.’s plans often tie together statecraft and warcraft, and it is no coincidence that Barack Hussein Obama’s election to the US presidency in 2008 coincided with AFRICOM going fully operational on the African continent. The first African American president has led significant initiatives on behalf of Pentagon Inc. in Africa, including the partitioning of Sudan; the destruction of Libya, one of Africa’s most developed countries; curtailing the Arab Spring that first erupted with Bouazizi’s self-immolation in Tunisia; and the radical expansion of drone operations from the Pentagon’s base in Djibouti.

The spread of violence in Mali brings back one of the most trusty and familiar actors in Pentagon Inc.’s theatres of war — al-Qaeda. Before French military action in 2012, Mali had been steadily overrun by armed militias deploying high-tech weapons in addition to purist Wahhabi ideology, a combination not seen since Afghanistan in the 1980s (the Taliban of present day Afghanistan have morphed into something entirely different, to the alarm of their former Pentagon Inc. handlers who believed that they would be compliant with their plans for Pipelinestan).

According to news commentators, there are three main groups operating in northern Mali, AQIM (al-Qaeda in the Islamic Maghreb), Ansar al-Din, and the Movement for Unity and Jihad in West Africa (MUJAO). Observers have noted that these groups are hardly rag tag groups springing out of the local political configuration in a region with the usual grievances of marginalization and poverty — they are extremely well-armed and well-funded, courtesy of Saudi and Gulf money pouring in the region in order to proliferate the Wahhabi ideology that has afforded them loyal footsoldiers throughout the Muslim world. Also seen in the area are legions of Pakistani preachers who have been instrumental in the Wahhabification of the dispossessed locals. And while Pentagon Inc. publicly condemns and goes to war with these groups, privately they contribute toward arming them to the teeth and setting them against North African populations.

News sources report that the fall of Libya has “helped” the Malian and North African militias who have captured arms and weapons hardware from that theatre of war (politely editing out the role of the US Embassy in Benghazi in that weapons transfer); and also that AQIM and its counterparts have formed affiliations with Latin American drug cartels and other networks of violence through which bloodshed is alchemized into money and Pentagon Inc. power penetration into the area marked out by the Monroe Doctrine. The drug networks are one of the most profitable enterprises of Pentagon Inc., one that has been threatened by Latin American progressive movements that brought Evo Morales and Hugo Chavez to power.

Of course, terrorism is such a handy excuse for permanent military bases and rapid escalation of troops in the African continent. “The top US concern in Africa has been and continues to be terrorism,” says Joseph Siegle, director of research at the Washington-based Africa Center for Strategic Studies. “Based on what we experienced in Afghanistan, there’s recognition that you can’t just ignore these ungoverned territories that then can become areas for training and then staging operations,” Siegle says. “That represents a security threat not just for that country and that region, but ultimately that can become a global threat.”

Mali has inserted North Africa in the Pentagon’s public lexicon, coinciding with Obama’s second inauguration as the president of the United States. “Ironic that it would be America’s first ‘black’ President who would reside over the takeover of Africa,” declares the alternate news site 21st Century Wire. “Expect more US bases to come in the near future, as well as more violent civil wars popping up regularly in the region [of North Africa].” The commentator is accurate about the second sentiment, but not the first — it is not ironic at all that an African figurehead should serve as US Commander in Chief and representative of the Pentagon Inc. global war machine. Guilt is part of the deflecting strategy employed by military commanders and strategists who recognize the psychological dimensions of war — and hiring a black man to make war against Africans materializes for the residents of North Africa the traumas of civil war, where violence is committed by someone who phenotypically and rhetorically affiliates himself with Africa.

Mali throws a spotlight on Pentagon Inc.’s scramble for Africa, dubbed by the Army Times periodical as the “last frontier.” Even as China, Russia, and other emerging powers stake their holdings in the mineral rich continent, the US military stakes out its own energy-rich tracts in the regions that it punctures with conflagrations of violence. In the past, the slave trade of the Black Atlantic destroyed the civilizational wealth of Africa, spreading tentacles of violence that destabilized cities and communities, converting men, women and children (many of them Muslim) into labor for Caribbean and US plantations. Now, the mineral wealth of Africa has sparked a new juggernaut of war, in which a stage-managed form of Islam is being used to help excavate the bowels of the exhausted, poverty stricken Mother continent.

Silencing of guns in Africa remains a pipe dream 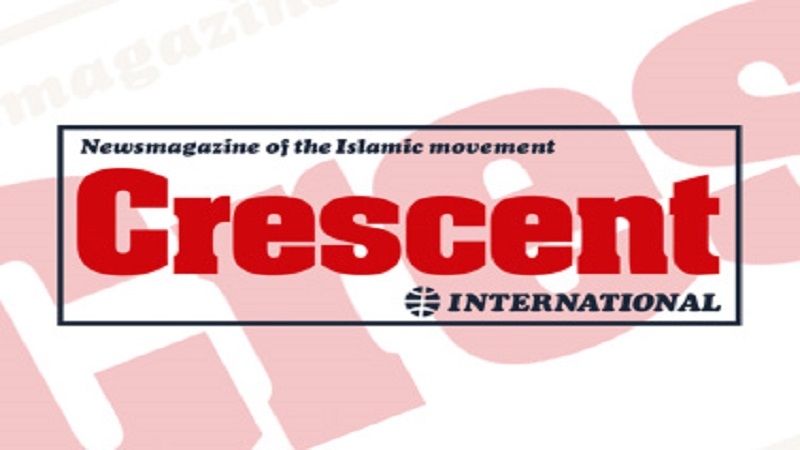