Home / Articles / Will the US Economy Rebound from the Pandemic?

Will the US Economy Rebound from the Pandemic?

The United States of America is riddled with faults, flaws, and contradictions. Though the self-professed land of liberty, it was built on slavery and genocide. Supposedly democratic, it has always been deceptively governed by self-serving elites. Allegedly peace-loving, it has been at war for 225 out of the 242 years of its history. And though its motto is e pluribus unum (“out of many, one”) it has always been a querulous hodgepodge of competing ideologies, social classes, and ethnicities.

But as an economic success story, the USA is unparalleled in world history. Since its founding it has averaged a little under two percent growth in GDP per person. This rise has been remarkably steady over time. And though GDP is in many ways a deceptive measurement of human well-being—it only counts market-based economic activities, ignores the work effort required to produce income, and does not consider the quality of work environment (or any other qualitative or environmental consideration)—it does reveal something about rising living standards, wealth, and power.

But now the longstanding upward trajectory of US economic growth has collided head-on with the COVID pandemic. Will the apparent catastrophe of 2020 turn out to be a mere speed-bump on the endless road to ever-greater prosperity? Or will it be viewed by future historians as the turning point that marked the end of America’s two-century-long spasm of frenzied growth?

Most observers assume COVID is just a speed bump. They assume that the current COVID-driven economic collapse, like earlier recessions and depressions and wartime shocks, will impede growth for only a few years, after which the economy will come roaring back, and things will continue pretty much as they always have.

Such analyses may be correct; only Allah knows for sure. But conventionally optimistic projections, regardless of whether or not they turn out to be right, are encouraged by two common fallacies: wishful thinking and normalcy bias. For Americans steeped in the culture and ideology of endless growth, the possibility of a new, radically worse economy permanently replacing the current one is almost too awful to contemplate. So their projections will inevitably be colored by wishful thinking. As the French proverb puts it, aptly describing people like Donald Trump: “He mistakes his desires for reality.”

Normalcy bias is another powerful factor pushing conventional observers to dismiss the likelihood of sustained economic catastrophe. Such a thing has never happened in all our history, they think, so surely it won’t happen now. Nobody is ever ready for a black swan event that upends all expectations, changes the very nature of the situation, and seems predictable or even conceivable only in retrospect.

Two factors make our “prolonged catastrophe” scenario far more likely than conventional commentators think. The first is the ever-ballooning debt bubble. The current monetary system is a house of cards built on ever-increasing indebtedness. All of today’s currency is actually debt. It is created at the stroke of a pen or the flick of a keystroke, backed by nothing, lent into existence at compound interest. There is no way that previously-created debt-currency can ever be paid back to the lender-creator without the issuance of exponentially greater levels of new debt-currency. This process leads inexorably toward a sudden cascade of defaults producing an apocalyptic system-destroying catastrophe. And while the reality can be masked, and the day of reckoning delayed, by exponential growth in the production of actual goods and services matching the exponential paper growth of riba debt, eventually the real world must run up against hard limits to exponential growth. When that happens, the whole system implodes.

A minority of economists are aware of this problem. As Michael Hudson said in a recent interview “today’s pandemic crisis hastens and intensifies the internal contradictions that have been building up. Many of these contradictions are going to be blamed simply on the virus. But there is an underlying problem that the virus is exposing and turning into a crisis. That underlying problem is the (riba) debts that have been building up for the last few decades.”

Will an unprecedented cascade of defaults, and accompanying economic Armageddon, hit the US sooner rather than later? As I write this on July 20, 2020, creditors are bracing for a huge wave of defaults and missed payments as COVID stimulus money runs out. Even the most complacent observers expect a big economic shock, perhaps worse than last spring’s original COVID shock. The only way the economy can cope will be through yet another “stimulus package”—more trillions for the Wall Street usurers and peanuts for Main Street.

How many such “stimulus packages” will it take to blow up the economy for good? Already more than 30% of small businesses are either permanently closed or facing the likelihood of obliteration. The real economy is dead in the water, while the exponential usury-based paper economy soldiers on thanks to government-guaranteed free money. The basic contradiction of riba bankster capitalism is accelerating—straight off a cliff.

The second factor that makes a permanent US economic downturn less unlikely than commonly realized is the nature of COVID itself. As of midsummer 2020, it seems the virus is not cooperating with efforts to devise a vaccine. A Kings College London study first reported by The Guardian on July 12 found that COVID-19 antibodies rapidly decline, leaving people susceptible to reinfection after a few months. One of the study’s coauthors explained: “One thing we know about these (common cold causing) coronaviruses is that people can get re-infected fairly often. What that must mean is that the protective immunity people generate doesn’t last very long. It looks like Sars-Cov-2, the virus that causes Covid-19, might be falling into that pattern as well.” Since vaccines work by stimulating antibody production, that means that any COVID vaccine would have to be re-administered on a bimonthly basis. And since vaccines don’t stimulate antibody production nearly as intensely as actual infection does, a COVID vaccine would probably be weak as well as short-lasting in its effects.

The Kings College Study also shoots down hopes for herd immunity, which is bad news for the US economy. The silver lining to America’s status as the world leader in COVID infection rates was the possibility that the US would reach herd immunity in just a few years, whereas nations that have done a better job slowing infection rates might still be struggling with the virus for decades. But if there is no herd immunity, since antibodies disappear quickly, the US’s bungled response to the pandemic will be an unmitigated curse.

What lies on the other side of the COVID cliff? The rapacious riba banking cabal that engineered the 20th century’s world wars, recessions and depressions—and profited massively from those pre-planned catastrophes—may be using the COVID disaster as a Shock Doctrine method for imposing a global reset. The banksters may be liquidating unsustainable debt under cover of COVID, grabbing distressed assets and market share from smaller competitors, ordering their paid political stooges to hand them multi-trillion dollar “bailouts,” deliberately crippling the global economy in service to environmental sustainability, and preparing a one-world police state to surveil and suppress potential uprisings on our new negative-growth slave plantation overseen by the usury elite and its intellectual, political, and military hired guns.

Coronavirus vs. US Economy: Chaotic Devastation or Targeted Strike?

Life in the age of COVID-19 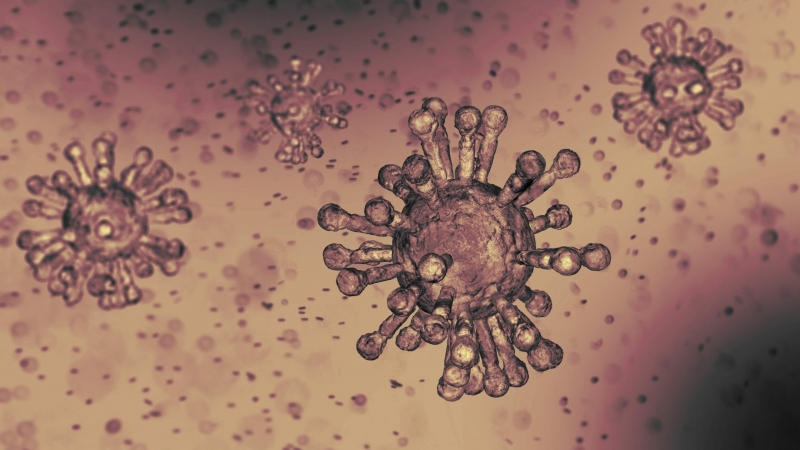 Multiple Theories about the Origin of the Coronavirus