Home / Articles / Afghanistan After the US Occupation

Afghanistan After the US Occupation

As the US political and military defeat in Afghanistan is confirmed, the world eagerly asks: what will happen next? To answer this question, it is essential to identify the dominant Western political narrative that is widely projected.

It is important to understand why NATO regimes are pushing the narrative that Afghanistan will descend into far bigger chaos and war than it already is once Western forces leave. Before offering an analysis, it must be clarified that this is not an endorsement of the Taliban’s understanding of Islam or mode of operations. It is simply an analysis of on the ground reality in the country.

Crescent International holds the view that it is for the Afghan people to decide what Islam means to them and how they implement it in their private and public lives. No foreign power can or should make this decision on their behalf.

Apart from being a political and military defeat, NATO’s defeat in Afghanistan is also civilizational. The intellectual façade of why the US invaded Afghanistan in 2001 was framed as an attempt to “free” the Afghan people from the tyranny of “Islamic fundamentalism.” This narrative is now fully exposed and demolished. It will be difficult to maintain any longer because as far back as 2018, the Taliban controlled 70% of Afghanistan, according to the most conservative estimates. Thus, the narrative painted by the Western media and NATO regimes that the Taliban were some sort of a marginal and hated group by most Afghan people was simply not true.

No resistance movement fighting the world’s most militarized states can last for 20 years without popular support. The reason the Taliban were able to maintain sustainable resistance for so many years is because they have significant popular support. Thus, the constant media propaganda by NATO regimes to downplay their support among the people is blatant deception peddled for broader political and military goals.

The Taliban are made up of thousands of fighters who are all Afghans. They are fed, sheltered, and transported by the Afghan people, not aliens. The Taliban have been fighting NATO regimes using guerrilla war tactics, a methodology impossible to sustain for so many years without popular support. This is an aspect deliberately missing from media reports of Western regimes.

Even a sophisticated propaganda outlet like the BBC recently produced a report on the future of the Afghan economy interviewing only those Afghans who voiced support for US occupation. It is hard to believe that this was not done deliberately to keep the political and military window open for interference in Afghanistan after NATO troops officially leave. The narrative that the Afghans want NATO presence will be used to justify drone attacks, proxy-militias and the Islamophobic narrative to continue interference in Afghanistan.

Therefore, the most likely post-NATO Afghanistan scenario will be the continuation of Washington’s strategic denial policy. It is a policy Washington uses regularly to subvert the progress of a region unless it succumbs to US domination. Washington’s policies over many decades clearly show that it operates on the basis that if it is not able to dominate a region, it should be engulfed in chaos.

Thus, post-US withdrawal, NATO regimes are likely to switch to a proxy war mode. There are two reasons why the proxy-war scenario “benefits” NATO powers, from a Machiavellian perspective.

In geopolitical terms, NATO regimes assume that unstable Afghanistan near the borders of China, Pakistan, Russia and Iran will greatly undermine the logistical and overall economic underpinnings of the Belt and Road Initiative (BRI). However, the Taliban’s recent visits to Moscow, Tehran and most likely behind the scenes talks with Beijing show that they have been thinking ahead and have prepared a political roadmap on how to deter further US destabilization of the country.

While the Western media continuously presents the Taliban simply as a vicious militia, the ground realities show that the movement is not only a resilient fighting force, but also a sophisticated political player. It should be noted that many if not most areas that fell under their control did so without resistance. This again reflects the reality that the Taliban have significant popular support in Afghanistan.

Also, in most areas recaptured by the Taliban, the movement did not shut down schools or other administrative services, an aspect deliberately misrepresented in Western propaganda.

Given this reality, it seems highly unlikely for the US to achieve its goals. If the Taliban manage to govern Afghanistan slightly better or even equivalent to the way NATO regimes did, the US will face a serious civilizational defeat. The Americans understand this. It will significantly demoralize proponents of US imperialism. Why? It will send a strong symbolic message that Washington’s rivals are not up-and-coming regional powers, like China or Russia, but an underequipped local socio-political movement. America’s reputation as an empire in decline will once again be certified. It will move to a new league, where movements and political groups can outperform it. This is a petty status for a state entity claiming to be an exceptional global power.

Based on this, Taliban’s return to being the dominant socio-political force in Afghanistan will be one of the key strategic geopolitical events in West Asia for many years. This will force China, Russia, Iran and Pakistan to work together in economic, political, and military spheres.

These countries have strategic trade and social interests in making sure that Afghanistan becomes stable and a predictable player. This will deprive the US of much needed logistical and political platform needed to undermine the BRI and practice its strategic denial policy.

While it is unrealistic to expect that Afghanistan will be completely violence free, the probability of the Taliban running Afghanistan with greater sophistication than many assume, is high. One of the key signs of this reality was a video published on YouTube where a senior Taliban leader Muwlawi Muttaqi speaks with Shia Afghan Muslim villagers and calls for Sunni-Shia unity. This phenomenon was unthinkable 20 years ago, primarily due to Saudi-influenced Arab fighters exercising significant influence in Afghanistan.

If ‘Shia’ Iran and ‘Sunni’ Afghanistan, both ruled by Islamic movements rooted in their commitment to traditional Islamic scholarship and worldview, establish a good working relationship, there will be a new geopolitical dynamic in Central Asia that can contribute positively to durable peace in the region.

All this will naturally depend on the degree of covert sabotage the US will indulge in after its retreat from Afghanistan and how the Taliban manage the country’s affairs. If the Taliban manage to de-escalate intra-Afghan tensions and incline towards a strong economic partnership with China, Pakistan and Iran, Afghanistan will have a greater chance to exit the decades long cycle of violence, imposed primarily by outside powers. 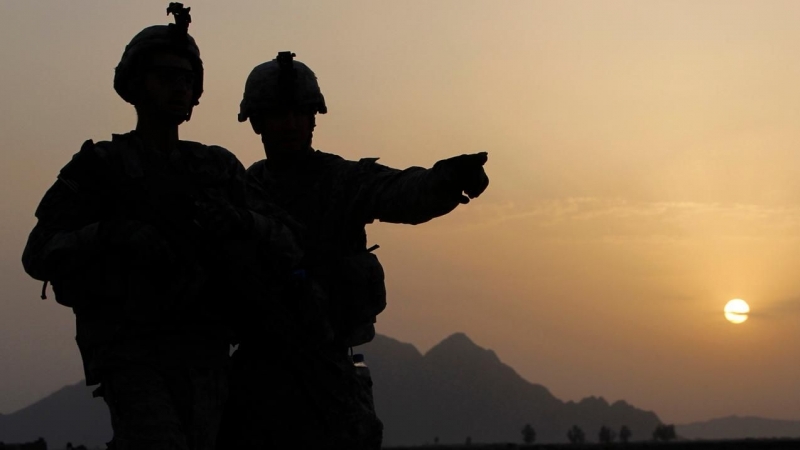 US aids ISIS in Afghanistan 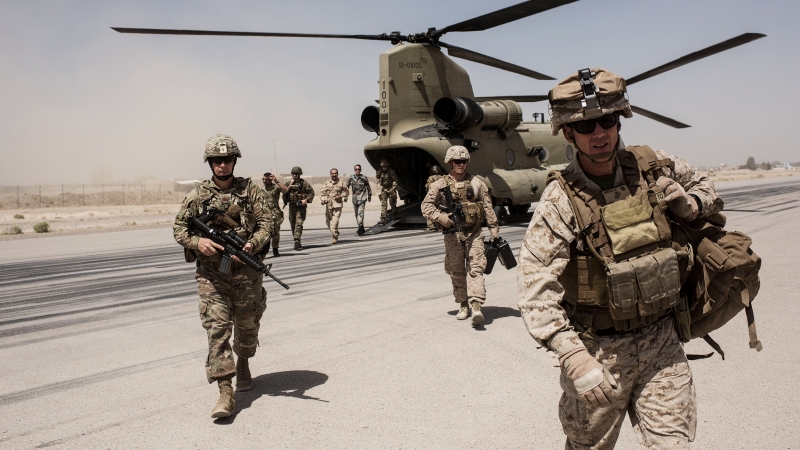 Trump Wants Out of Afghanistan, Establishment Says “Not So Fast!”