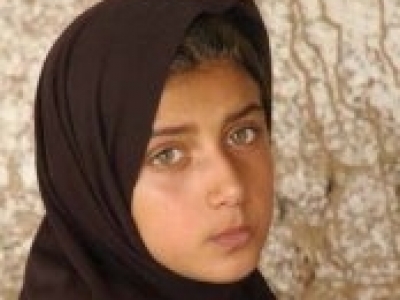 Together with Human Rights Watch, Amnesty International released a 62-page report today about US drone strikes in Pakistan. We give below extract of two cases. Eight-year-old Nabeela (in photo), saw her 68-year-old grandmother blown to pieces by two US drone Hellfire missiles on October 24, 2012. US drone strikes had also killed 18 labourers about to have dinner in Miran Shah, North Waziristan.

Young Nabeela will not get an invitation from Barack Obama to visit the White House as did Malala Yousafzai. In fact, the family has not even got any compensation for the cold blooded murder of a grandmother and injuries inflicted on many others including children.

When we went to help people, we saw a very horrible scene. Body parts were scattered everywhere. [I saw] bodies without heads and bodies without hands or legs. Everyone in the hut was cut to pieces.

- Ahsan, resident of Zowi Sidgi, recalling the US drone strike of 6 July 2012

Amnesty International reviewed all 45 reported US drone strikes in Pakistan from January 2012 to August 2013, and conducted detailed research on nine separate drone strike cases in North Waziristan (a list of these strikes is in the Appendix below). As noted above, Amnesty International went to great lengths to verify as much of the information obtained as possible. However, due to the challenges of obtaining accurate information on US drone strikes in North Waziristan, we cannot be certain about all the facts of these cases. The full picture will only come to light when the US authorities, and to a lesser extent the Pakistani authorities, fully disclose the facts, circumstances and legal basis for each of these drone strikes.

Mamana Bibi, aged 68, was tending her crops in Ghundi Kala village (see map on page 19) on the afternoon of 24 October 2012, when she was killed instantly by two Hellfire missiles fired from a drone aircraft. “She was standing in our family fields gathering okra to cook that evening,” recalled Zubair Rehman, one of Mamana Bibi’s grandsons, who was about 119ft away also working in the fields at the time. Mamana Bibi’s three granddaughters: Nabeela (aged eight), Asma (aged seven) and Naeema (aged five) were also in the field, around 115 and 92ft away from their grandmother to the north and south respectively. Around 92ft to the south, another of Mamana Bibi’s grandsons, 15-year-old Rehman Saeed, was walking home from school with his friend, Shahidullah, also

Accustomed to seeing drones overhead, Mamana Bibi and her grandchildren continued their daily routine. “The drone planes were flying over our village all day and night, flying in pairs sometimes three together. We had grown used to them flying over our village all the time,” Zubair Rehman continued. “I was watering our animals and my brother was harvesting maize crop,” said Nabeela.

Then, before her family’s eyes, Mamana Bibi was blown into pieces by at least two Hellfire missiles fired concurrently from a US drone aircraft.

“There was a very bad smell and the area was full of smoke and dust. I couldn’t breathe properly for several minutes,” said Zubair. “The explosion was very close to us. It was very strong, it took me into the air and pushed me onto the ground,” added Nabeela. She later ventured to where her grandmother had been picking vegetables earlier in the day. “I saw her shoes. We found her mutilated body a short time afterwards,” recalled Nabeela. “It had been thrown quite a long distance away by the blast and it was in pieces. We collected as many different parts from the field and wrapped them in a cloth.

Asma and Nabeela both sustained shrapnel injuries to their arms and shoulders. Shahidullah received shrapnel injuries to his lower back while Rehman Saeed sustained a minor shrapnel injury to his foot. But three-year-old Safdar, who had been standing on the roof of their home, fell 10ft to the ground, fracturing several bones in his chest and shoulders. Because he did not receive immediate specialist medical care, he continues to suffer complications from the injury.

Zubair too required specialist medical care after a piece of shrapnel lodged in his leg. According to his father Rafeequl Rehman, Zubair underwent surgery several times in Agency Headquarters Hospital Miran Shah. “But the doctors didn’t succeed in removing the piece of shrapnel from his leg,” he said. “They were saying that his leg will be removed or he will die.” Distraught at the loss of his mother and the prospect that his eldest son may be crippled by the attack, Rafeequl took Zubair to Ali Medical Center in Islamabad but could not afford the medical fees. “The doctor asked for a lot of money,” he explained. “So we decided to take him to Khattak Medical Center in Peshawar and, after selling some land, we could afford the operation for him.” Doctors at the hospital successfully removed the shrapnel and Zubair is now making a full physical recovery.

A few minutes after the first strike a second volley of drone missiles was fired, hitting a vacant area of the field around 9ft from where Mamana Bibi was killed. Mamana Bibi’s grandsons Kaleemul Rehman and Samadur Rehman were there, having rushed to the scene when the first volley struck.

Kaleemul Rehman recalled: “I was sitting at my home drinking tea [when] suddenly I heard a sound of explosions. I ran outside and saw the rocket had left a big crater in the field and dead animals, and the area was full of smoke and dust. I could not see my grandmother anywhere.”

As the two boys surveyed the area, they discovered their grandmother had been blown to pieces. Fearing further attacks, the two tried to flee the area when the second volley of missiles was fired. Kaleemul was hit by shrapnel, breaking his left leg and suffering a large, deep gash to that thigh. “This time I felt something hit my leg and the wave of the blast knocked me unconscious,” Kaleemul said. “Later I regained consciousness and noticed that my leg was wounded and my cousin was carrying me on his back to the main road, about 1.5 miles away.” From there a car drove Kaleemul to the Agency Headquarters Hospital in Miran Shah, where surgeons operated on him, inserting metal pins into his left thigh bone.

The family home was badly damaged in the strikes, with two rooms rendered uninhabitable. In total, nine people – all of them children except Kaleemul Rehman – were injured in the drone strikes that killed Mamana Bibi.

On the day Mamana Bibi was killed, her son Rafeequl Rehman – father of Zubair, Nabeela, Asma and Safdar – was in a market in Miran Shah. He was buying gifts for the family in anticipation of the Muslim holy day of Eid ul Adha the next day “After finishing my evening prayers in Miran Shah, I returned to my village and on the way I saw that villagers had gathered near our home,” he said.

At first nobody would tell Rafeequl what had happened that afternoon. Then some village children approached him and said his house had been hit by a drone attack and his children were wounded. “I was shocked and rushed to my home and saw a big gathering of people. I rushed past them and saw my mother’s dead body wrapped in a cloth – her body was in pieces.” For a brief moment that felt like an eternity, Rafeequl thought the rest of his family had also been killed in the strike.

But one of his brothers finally confirmed that all of their children had survived.

Tale of Malala and Nabeela 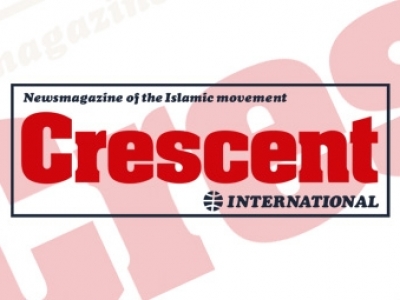 Malala and Nabeela: a tale of two girls 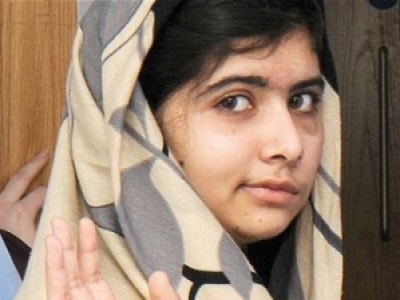 Malala and the inferiority complex syndrome