Every person of color comes from a “sh**hole” place

Imagine Donald Trump giving Crescent International an opportunity to interview him. This is what we think he would say in response to our questions.

Trump: What is Christian International? Never heard of it; is it one of those fake news outlets, like the New York Times or Fox News? Where is it published?

CI: Mr. President, the magazine is called Crescent International not Christian International and it is published from Toronto, Canada.

Trump: Where is that at?

CI: Sir, Canada is situated above the US; it shares a long border with your country, including New York state where you are from.

Trump: I know New York. I have the beautiful Trump International Hotel there where all those rich Saudis come to stay. Good folks. They give me lots of money; they should. If it was not for us, they won’t last a week on their thrones. But never heard of Toronto; funny name. There is nothing above the US; we are on top of the world and we will make America Great Again!

CI: Mr. President, many people accuse you of being a racist. How do you respond?

CI: But Mr. President, House Majority Leader Nancy Pelosi also said you are a racist. The House voted on a resolution saying your remarks against those women were racist. The vote was 240-187.

Trump: Pelosi is not an American; she was not even born in the US just like those other four women of color. They don’t love America, or Israel. They should go back to their “sh**hole” countries where they came from…

CI: But Nancy Pelosi was born in Baltimore, Maryland. It is in the United States of America.

Trump: That’s fake news. If she was born in Baltimore, why is she representing California? There is definitely something fishy; we will have that investigated. We can’t have immigrants making laws in this country. That’s why America has almost become a “sh**hole” country. We are going to make America Great Again! Pelosi should go back to where she came from.

CI: OK, Mr. President, let’s discuss another subject. Why did you walk away from the Iran deal? Many experts say it is a very good deal. It was negotiated over many years.

Trump: (Banging the table), no it isn’t a good deal. It is a very bad deal; in fact, it is a terrible deal because it was signed during Obama’s presidency. We can’t have a black man signing deals for America. He was a fake president because he was not born in America; he was born in a “sh**hole” country called Kenya. We know it.

CI: But Mr. President, Obama was twice elected president. He spent eight years in the White House, right here where we are having this interview.

Trump: That’s the trouble with you stupid non-white people. This is the “WHITE” House, not the “Black’ House; don’t you get it? What was a black man doing in the White House? When we moved in here, we had to repaint the whole house — white color of course. We had to change all the furniture. Those Obama kids messed up everything. They even brought their black friends to the White House. Terrible. They should go back to the “sh**hole” country in Africa where they came from.

CI: Mr. President, let us stay with the Iran nuclear deal. You have imposed sanctions on Iran and you also say you want to talk to them. The Iranians say the two don’t go together.

Trump: (Leaning forward and almost whispering), do you know the Ayatullah? I would like to meet him and make a deal with him. I will be Iran’s best friend. I am even prepared to fly to Tehran to meet the Ayatullah. We can certainly make a deal. I just want my big signature on the deal; same deal. With my signature on the whole page it will become the greatest deal America has ever had!

CI: Mr. President, any final words to our readers?

Trump: Make sure you write that we are the best president America has ever had or will ever have. Everybody loves me. And oh, yes, don’t forget to write that I am the most stable genius!

CI: Thank you for the opportunity to interview you, Mr. President.

Trump: Now get out of here fast before we get my guards to throw you out. Scram, vamooz!!! 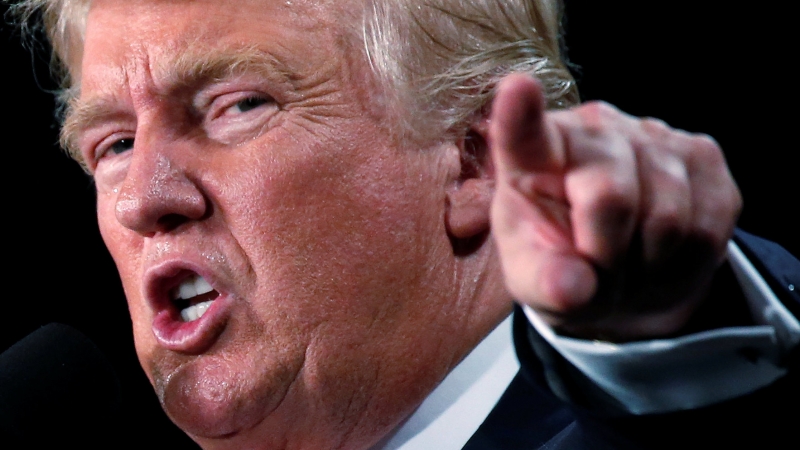 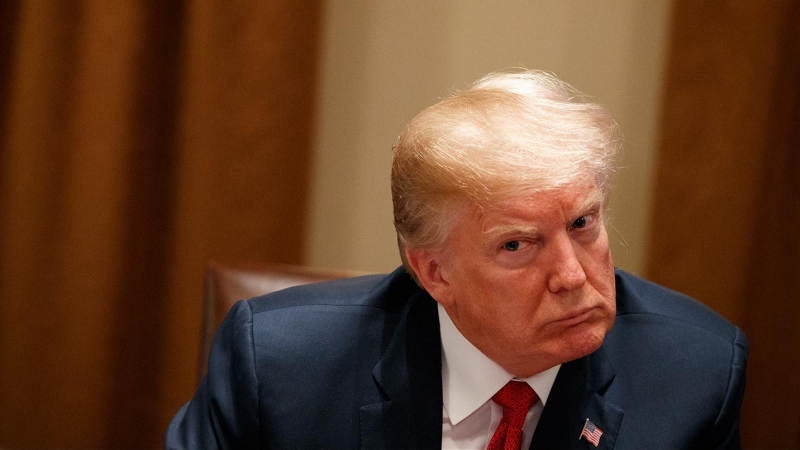