Any illusion that Mahmoud Abbas may have had about being the elected leader of the Palestinian people in their struggle for the establishment of an independent, sovereign state in at least a part of their historical homeland must surely have been shattered on June 21. A few short months after he was hailed as an international statesman and the potential saviour of the Palestinians after being elected as president in succession to Yasser Arafat, he was given a sharp reminder of his real position, and who he is really supposed to be working for.

Summoned to Israeli prime minister Ariel Sharon’s home in occupied Jerusalem, Abbas and his ministers were thoroughly scolded for their failure to deliver what had been expected of him: the dismantling of Palestinian resistance groups and the political acquiescence of the Palestinian people to Israel’s agenda in the region. Abbas’s appeals that Sharon should move on issues concerning Palestinians, including the release of prisoners, the withdrawal of Israeli troops from the West Bank, the ending of Israel’s expansion of settlements in the West Bank, and progress over the terms of Israel’s ‘disengagement’ from Ghazzah, were flatly refused.

Sharon was absolutely clear about what he expected from Abbas as a precondition for any progress on these issues: firm action against Hamas and Islamic Jihad, Palestinian Islamic movements that are popular for their resistance against Israel. Speaking off-record, Palestinian officials confirmed that Sharon had demanded what would amount to “a Palestinian civil war”, particularly as Hamas is also the rising force in domestic Palestinian politics. It must be particularly galling for Sharon that all the political processes that have taken place in the months since the death of Yasser Arafat, processes which were designed to consolidate Abbas’s power, have instead demonstrated Hamas’s political standing.

The centrality of Hamas to the Israelis’ and Americans’ political planning on Palestine was reflected in the timing of Abbas’s decision to postpone the elections for the Palestinian Legislative Council (PLC), which had been scheduled for July 17, and which Hamas would almost certainly have dominated. Despite earlier promises to press ahead with the political processes on schedule, as publicly demanded by US president Bush as part of his calls for the ‘reform’ of the Palestinian Authority, and greater democracy in the Middle East, on June 3 Abbas issued a presidential decree postponing the elections indefinitely.

The decree was issued just a few days after Abbas returned from Washington, where he had met Bush. That meeting , at which Abbas had been promised US aid and support, had been described as a triumph for him. Clearly these promises were dependent on Abbas’s reversing his promises to hold the elections on schedule. A few days later, he was also ‘rewarded’ by the invitation to meet Sharon on June 21.

These events all reflect a crisis in the Americans’ and Israelis’ plans for securing their objectives in Palestine in the guise of a settlement agreed between them and a legitimate Palestinian leadership. Their plan depends, first and foremost, on cultivating a Palestinian leadership that would be both amenable to their pressure and regarded by Palestinians as having a measure of legitimacy. Arafat having failed to perform this role in the years after the Oslo Accords, resulting in the al-Aqsa Intifada, they had shifted their hopes to Mahmoud Abbas, his deputy.

In the months since Arafat’s death, the Israelis have tried to bolster his position as a man capable of dealing with them (and a man that the Israelis and the ‘international community’ can deal with) on the one hand, and also capable of sorting out the various crises in domestic Palestinian politics, hoping that these two factors together would be enough to persuade the Palestinian people to back him. Instead, all the political procedures that the West have demanded, in order to try to position themselves as champions of the rights of the Palestinian people, have served only to confirm Hamas as the most popular and legitimate force in Palestinian politics, both in terms of their approach to dealing with Israel, and in terms of their domestic policies.

Although Hamas did not put up a candidate against Abbas in the presidential elections after Arafat’s death, it dominated the first round of municipal elections in Ghazzah in December and January. In the second phase of elections in May, it appeared to have done less well, winning 30 of the 82 constituencies contested across the West Bank and Ghazzah, compared to 50 won by Abbas’s Fatah group.

But this disguised the fact that Fatah’s successes came in smaller, rural constituencies where they could make alliances with local tribes and dominant political families; in larger urban constituencies, with educated and professional people, and a lower average age, Hamas clearly outperformed it. This included major towns that were once Fatah power bases, such asQalqiliya, Bethlehem and al-Khalil (Hebron). In Ghazzah, Hamas won clear majorities in the three largest councils, Bureij, Beit Lahia and Rafah, another traditional Fatah stronghold, with an estimated 70 percent of the votes cast.

Abbas and Egypt were forced to accept these points in order not to be marginalised, but the results of the dialogue were treated internationally as an irrelevance instead of being hailed as a major statement of the Palestinian position, as they would have been had the Palestinians accepted what Israel and America wanted. What they did demonstrate was Hamas’s position as the leading Palestinian political group. Another result of the talks was Hamas’s agreement to merge with the PLO, which threatens to deprive Israel and the US of the one Palestinian institution that they hope to be able to manipulate through leaders like Abbas.

Little wonder, then, that although the White House refrained from publicly welcoming the cancellation of the polls, diplomatic sources privately said that responses in Washington ranged from “quiet relief to elation”. American officials and their allies in the Arab world, particularly in Egypt, which has a long record of been trying to persuade the Palestinians to accept whatever the US’s latest strategy happens to be, have been suggesting that the PLC elections should be rescheduled for November or December, at which time they hope that Fatah might benefit from a mood of euphoria following the Israeli withdrawal from Ghazzah. After cancelling the July polls, Abbas promised that they would take place by the end of the year.

It is also hoped that this delay would give Fatah a chance to sort themselves out in order to put up a better show against Hamas. Hamas’s popularity apart, Fatah has also suffered from internal problems, including being identified with the corrupt Palestinian Authority institutions that were thoroughly discredited under Arafat, being linked with Abbas himself, whose approach is viewed with suspicion, and internal dissent about whether the movement should follow Abbas’s political approach or a more militant approach like Hamas’s. (Like Hamas,Fatah’s military wing played a major part in the intifada and remains a powerful force within the party.) Although there are signs of Fatah having addressed some of these problems between the first and second rounds of the municipal elections, for example by dropping discredited officials in favour of younger, reformist candidates, it is unlikely to reverse Hamas’s rise.

Israel, meanwhile, seems to have decided that the Palestinians might respond best to a hard approach. Despite the supposed ceasefire, nearly 50 Palestinians have been killed, 400 wounded and at least 500 arrested since February. Palestinians have conducted military operations only in retaliation. During the same period, West Bank settlements have been expanded by 6,400 housing units,compared to less than 2,000 so far vacated by the withdrawal from Ghazzah. As in the 1990s, the Israelis appear to be undercutting their own political agenda by their militant instincts; or perhaps they have simply realised that the Palestinians will not accept being manipulated into surrender, however it is packaged. 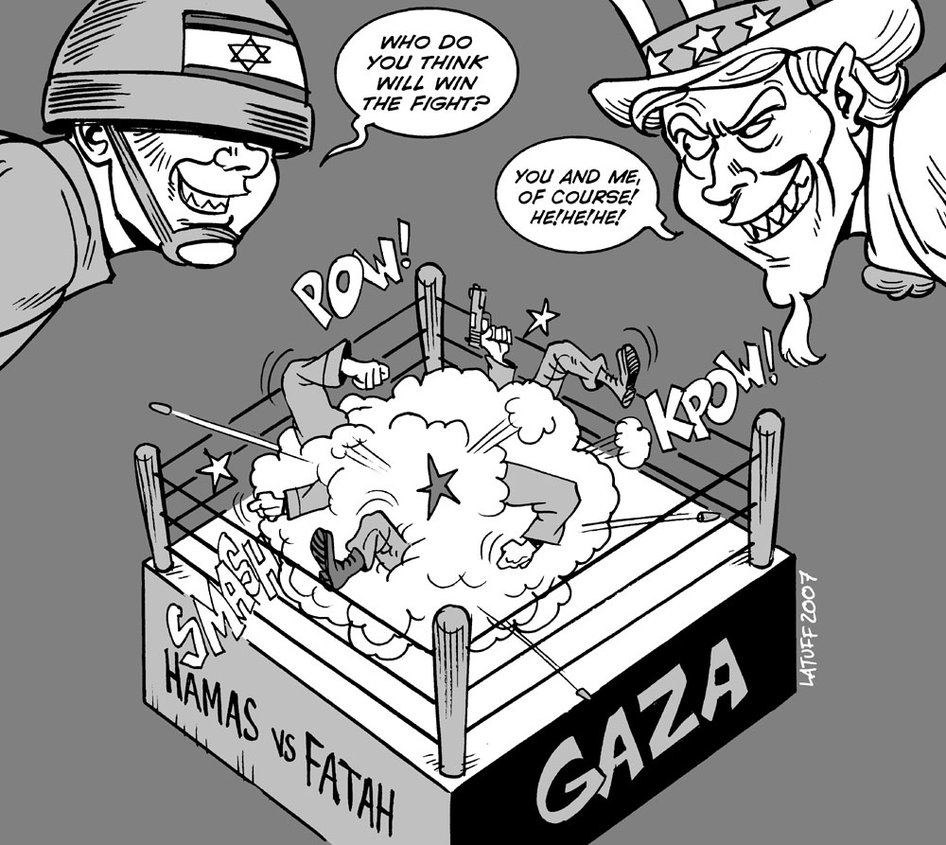 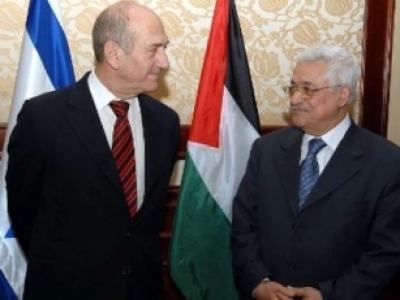