Iran’s Pushback against the Aliyev Regime 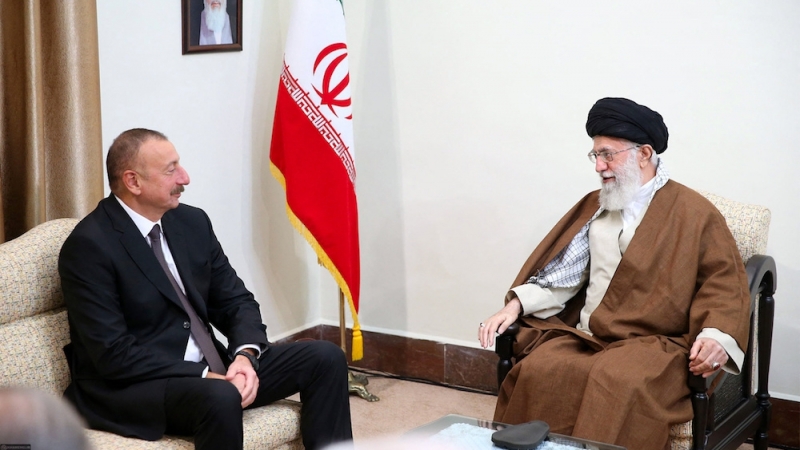 In analyzing Tehran’s policy in the Caucasus, Crescent International noted in June 2021 that “in the short to medium term, Iran will… continue to lay emphasis on diplomacy unless the NATO regimes succeed in turning the Caucasus region into a political and military platform and use it to destabilize Iran.”

While recent political tensions between the unelected Aliyev regime in Azerbaijan and Islamic Iran are not directly related to any new NATO moves in the Caucasus, it is an indication of Iran’s new approach. It takes into account the presence in Azerbaijan of NATO’s strategic ally and its sworn enemy, Israel.

According to Israeli researcher Dr. Alexander Murinson, as far back as the “1990s, Israelis constructed stations for electronic intelligence (ELINT) along the Azerbaijani-Iranian border.”

Over the past few weeks Tehran has made it clear it will no longer tolerate the open secret, namely, the seditious Israeli presence in Azerbaijan. The latest events are rooted in Iran’s policy shift. It is not a simple bureaucratic dispute any longer.

While the Western corporate media peddles the sensationalist fiction of confrontation between Islamic Iran and the Aliyev regime, the situation does not point to this. However, recent developments suggest a long-term strategic policy shift in Tehran. It signals that Islamic Iran will no longer be passive in the Caucasus region.

Over the past two decades, the Aliyev regime has tried to ensure that Israel does not take any drastic steps against Iran using Azerbaijani territory. This was aimed at avoiding any severe reaction from Tehran. This set up worked for all parties concerned but it was engineered by and for a West-centric global order. This is no longer the case. Today, the world is multi-polar.

Some mainstream analysts explain Iran’s policy shift only in terms of changed geopolitical circumstances arising from last year’s ending of Armenian occupation of parts of Azerbaijani territory. Tehran’s geopolitical calculations, however, are much broader.

Last year’s war is only a part of the geopolitical jigsaw puzzle. There are several other important considerations in Iran’s calculus.

The US just got booted out of Afghanistan. Thus, the Afghan front is now settled in favor of Iran’s geopolitical regional vision. This means, there is no or minimum NATO presence in West Asia.

In Iraq, the US cannot use it as a launching pad to sabotage Iran without facing serious repercussions. In Syria, the NATO project has failed and now the victory of the Syrian government is an accepted reality.

The Saudis and Emiratis are begging Tehran to soften hostilities and help them leave Yemen with some face-saving formula. And in Lebanon, Hizbullah is the only real game in every sphere.

Thus, dealing with the subversive Israeli presence in Azerbaijan is no longer seen by Iran as opening a new front for itself, but closing an important threat near its borders.

Moscow considers the countries of the former Soviet Union as its strategic and privileged sphere of influence. The former Russian president Dmitry Medvedev proclaimed this position openly on August 31, 2008. Thus, what appears to be Turkish (NATO) involvement during last year’s Karabakh war, despite Russian opposition is a misreading of the situation.

The issue that many analysts seem to be confused about is, why would Russia agree to NATO member Turkey’s direct presence in the Caucasus. There is no simple explanation for this Russian decision. However, there is a pragmatic framework which explains Russia’s agreement to militarized Turkish presence in Azerbaijan.

Russia knows that whether it likes it or not, Turkey will somehow be involved in the region with which it shares cultural, religious, and historic ties. Thus, it is better to take place on Russian terms and within Moscow’s framework. It saves Russia geopolitical headache.

The Aliyev regime would not risk losing power by inviting Turkey into the Karabakh conflict without prior arrangements with Moscow. Russian Defense Minister Sergei Shaigo’s visit to Baku a few weeks prior to the start of war indicates that Moscow gave the green light for Turkish participation in the Karabakh conflict in 2020.

The Republic of Georgia indirectly “invited” NATO into the conflict in South Ossetia in 2008 and paid a heavy price. What saved the government of Mikheil Saakashvili from collapsing was the fact that his government was elected and had significant popular support. In Azerbaijan this is not the case. Thus, the Aliyev regime would not embark on a risky adventure of playing Turkey against Russia on its own initiative.

However, Moscow realizes that Tukey’s long-term entrenchment in Azerbaijan while it continues to be NATO’s strategic asset is something that cannot be taken lightly. Russia will not necessarily escalate tensions with Turkey, but it will facilitate a situation where Turkey’s presence in the Caucasus is kept in check. This will most likely be done in tandem with Iran and at some cost to the Aliyev regime.

Since the Aliyev family usurped power in Azerbaijan, they constructed their regime’s foreign interactions on a formula they often call ‘balancing’. This means they worked to avoid upsetting external players, whether NATO, Israel, Russia, Turkey, or Iran to a level which would expose the regime to significant pressure from one of the parties. Overall, this worked well for the Aliyevs, but the restructured multipolar global order is going to impose its own realities on the region. What will those realities be?

Considering that Azerbaijan has significant cultural, historic and religious connections to Iran, it is a geopolitical axiom that at some point, Iran’s role in Azerbaijan will increase. Yes, Tehran’s current influence in Azerbaijan is not as visible as its influence in Lebanon or Iraq, even though Iran has far stronger historic and cultural ties with Azerbaijan. This is often interpreted as Iran’s weakness in the Caucasus. Hitherto, the region was not a priority for Iran. The theater of struggle in Lebanon, Syria, Afghanistan, and Iraq were more pressing for Tehran. This is no longer the case.

It should be remembered that Islamic Iran was instrumental in ending Tajikistan’s civil war in 1997 and played an important role there between 1992 and 1997. Bearing in mind that Iran was pretty much cut off from Tajikistan for 70 years when it was part of the USSR, within a couple of years, Tehran emerged as an influential player in one of the regions of the former Soviet Union. There is no reason to assume that just because Iran’s influence in Azerbaijan is not visible to transactional analysts, it should be seen as Tehran’s lack of influence.

For the time being, the Aliyev regime assumes that its warm relations with Moscow based on personal relations with Russian officials makes it immune to Iranian, Western or Turkish dissatisfaction. The calculation is that Russia will shield Baku’s ruling elite. This narrative’s blind spot is that the current Russian leadership is strategy-oriented; it does not base relations solely on personal basis.

From Moscow’s perspective, a regime in Baku with a semi-military alliance with NATO member Turkey is a potential geopolitical red flag. An in-depth understanding of the Caucasus, its history, ethnic configuration and geopolitical importance raises several red flags for Russia. While this has no direct effect on Iran’s policy, it means that if Tehran decides to be more assertive, Russia will not object.

In the long-run, especially after Iran became a full member of the Shanghai Cooperation Organization, it is better for Russia to have Iran in the Caucasus than a pan-Turkic minded Turkey with a NATO driven agenda.

Over the past several weeks, Iran’s steps indicate that its primary emphasis will be to increase pressure on the Baku regime.

Iran’s decision to provide its state media airwaves to exiled Azeri opposition activists in Europe who are not entirely sympathetic towards Iran, shows Tehran’s serious intentions in dealing with the Aliyev regime.

Since 2003, Iran has not utilized its internal leverages against the Aliyevs even though the Baku regime constantly uses the “Iranian agents” label when repressing dissenting voices in Azerbaijan. The recent situation is no different. After a couple of weeks of political tussle with Iran, prominent Islamic scholars and activists were detained by the Aliyev regime on “state treason” charges. Among them is Sheikh Sardar Babayev who was released from prison only last year.

The Aliyev regime assumes that via accusatory rhetoric against Iran and crackdown on the Islamic community internally, it sends a message of confidence and assertiveness to Tehran. Iran most likely reads Aliyev’s sabre rattling as an Israeli directed policy and a signal that the regime in Baku has made a strategic choice in being utilized as an escalation leverage against Iran.

Ilham Aliyev clearly misreads the reality that the policy mindset in Iran on the Caucasus has changed. While Islamic Iran has yet to show in practical terms what its policy recalibration means for the region, it will most likely be an unexpected and drastic break with its previous, politically correct approach. 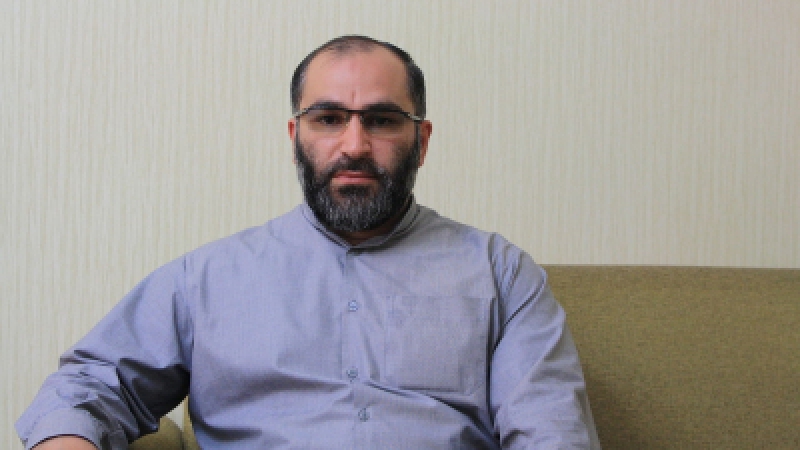 Sheikh Abgul the socio-political benchmark of authenticity in Azerbaijan 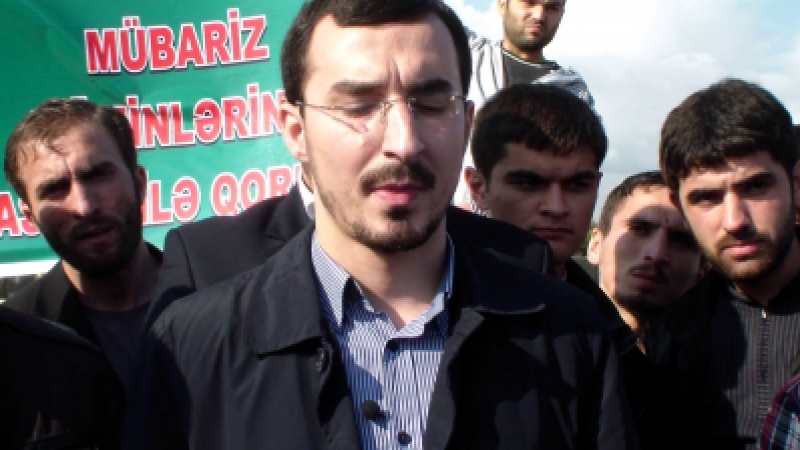 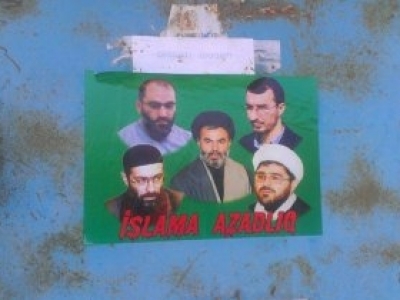