Home / Articles / Kashmir: The Real Cause of Conflict

Kashmir: The Real Cause of Conflict

Last month, two nuclear-armed neighbors, India and Pakistan, nearly came to blows. If war had broken out, it would have been catastrophic not only for the subcontinent but the whole world. It was only the exemplary conduct of Pakistani Prime Minister Imran Khan that helped defuse tensions and prevented all-out war.

India and Pakistan have fought three wars, all related to the unresolved issue of Jammu and Kashmir. This latest crisis was no different. It started with the attack on a convoy of Indian paramilitary troops in Pulwama (Indian-colonized Kashmir) that resulted in more than 40 deaths. India immediately blamed Pakistan although the young man who carried out the attack — Adil Ahmed Dar — was from Pulwama. Indian media reports admitted that he had been arrested on numerous occasions and humiliated by Indian colonial forces.

From there, the situation escalated rapidly with Indian warplanes bombing Balakot in northern Pakistan. The following day, two Indian planes were shot down, one falling into Pakistani territory and the pilot captured alive. In a goodwill gesture, Pakistan returned the pilot.

Far from accepting this goodwill gesture, Indian commentators resorted to typical jingoism claiming that Islamabad released the pilot under Indian threats. The Indian government led by the Hindu fascist Narendra Modi wanted to use the threat of war to garner support in elections starting later this month. It is a reflection of the times that warmongers garner support by threatening or waging war.

What emerged from the hot rhetoric was that the unresolved issue of Jammu and Kashmir is at the root of the problem between the two neighbors. Unless this dispute is resolved according to the wishes of the decades-long suffering Kashmiri people as called for in more than 18 UN Security Council resolutions, the region will continue to suffer unending crises and remain mired in poverty. India has more than 400 million people living in absolute poverty; Pakistan has 60 million. Unemployment and environmental pollution also bedevil both countries.

What has also become clear, despite India’s nonsensical allegations against Pakistan, is that the Kashmiris hate India’s brutality. Their hatred is so intense that they are prepared to confront heavily armed Indian troops with their bare hands.

It is now the third generation of Kashmiris confronting India military might but they have lost all fear and are prepared to sacrifice their lives for the cherished dream of Azadi (freedom). Responsible commentators even in India now acknowledge this fact. It would be in India’s best interest to listen to the Kashmiris’ legitimate demand. Failing to do that will result in India’s disintegration into numerous mini-states. If it refuses to return to sanity, India would richly deserve this fate. 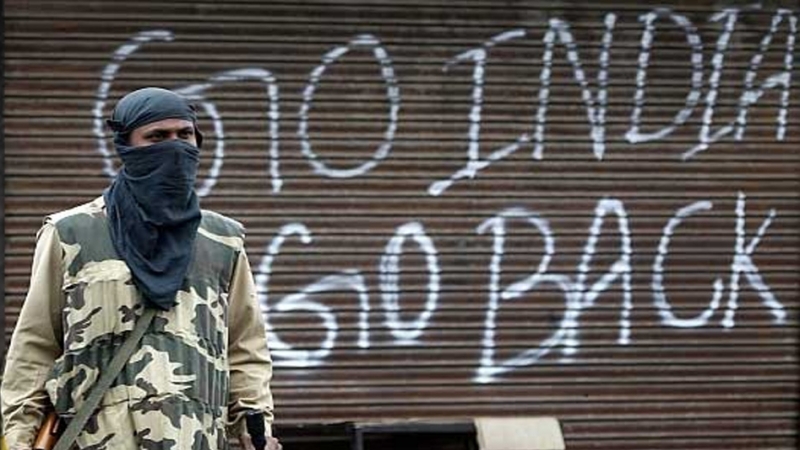 Why the Kashmiris Hate India So Much