February 5 is traditionally observed as Kashmir Day in Pakistan. This year it was no different although it was somewhat overshadowed by the just-concluded elections in Pakistan. The elections themselves did not evoke much enthusiasm among the weary masses.

The Kashmir issue and the suffering of their brothers and sisters is very close to the heart of the people of Pakistan. On the fiftieth anniversary of Pakistan’s independence, the continued occupation of Kashmir by the Indian army is a constant reminder that the business of the creation of Pakistan remains incomplete.

This year, however, a week prior to Kashmir Day commemoration, it received a boost when the US State department released its annual report castigating India’s brutal policy in the troubled State. Released on January 30, the report condemned the continued human rights abuses in the Valley and the lack of progress in investigating such crimes. There was, however, a sop to Indian ‘sensitivities’: the militants were also condemned.

The report made special mention of the gruesome murder of Jalil Andrabi, chairman of the Kashmir Commission of Jurists, who was abducted by the Indian army last year. His wife Rifat was with him in the car when the Rashtriya Rifles stopped them on March 9 near Barzala, about a kilometre away from their home. Despite pleas from his wife, Andrabi was taken away.

His mutilated body bundled in a burlap bag with a bullet in his forehead was pulled out of the Jhelum River near Rajbagh in Srinagar on March 27. His eyes had been gouged out.

The Rashtriya Rifles is a new unit of the Indian army created especially to deal with the uprising in Kashmir. Its members are totally ruthless and have orders to shoot-to-kill. This they have done with great relish.

The 42-year-old Andrabi was about to leave for Geneva to present a report on the human rights situation in Kashmir. He had been a vocal critic of the crimes committed by the Indian army. Despite assurances by then Indian prime minister P V Narasimha Rao that a thorough investigation would be conducted, nothing has materialised. The US State department report says that the Rashtriya Rifles did not bother even to respond to the judicial inquiry commission nor did they allow any of their personnel to be interviewed.

To have expected otherwise would be naive. Those who commit crimes as a matter of policy cannot be expected to investigate themselves or come clean. This is especially true in the case of Kashmir where the victims are Muslims while the perpetrators are Hindus or their ‘Muslim’ agents.

But Andrabi’s murder is only the tip of the ice-berg. According to the Kashmir High Court Bar Association, 11,289 people were murdered by the Indian army in 1996 bringing the total to more than 60,000 dead since 1990. The rape of Muslim women also continues unabated in a society where honour is immensely valued. In fact, people prefer death over dishonour, especially of women. The rape policy, like the one instituted by the Serbs in Bosnia, is deliberate. The Indian occupation forces want to break the will of the people through such humiliating practices.

The just-concluded Ramadan witnessed an intensification of this campaign of harassment and intimidation. Almost every day, there were crackdowns in various localities. People were forced to stand for hours in the bitter cold as the heavily-armed soldiers searched houses, ostensibly looking for weapons and militants. They found neither but that did not deter them from persisting with the degrading practice.

The new ‘civilian’ government headed by Farooq Abdullah also stands exposed as a puppet of India. That such humiliating searches should be intensified in the holy month of Ramadan when Muslims are more involved in prayer seeking spiritual solace, is especially hard to bear. It confirms Abdullah as an agent of India. 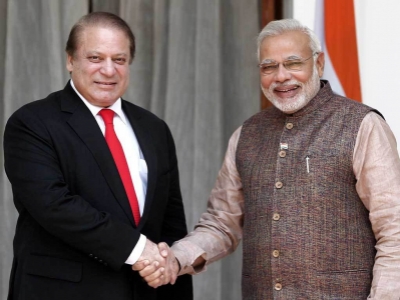 Rising tension between India and Pakistan