Home / Articles / Thunder, bravado, and much hot air in the Saudi desert

Thunder, bravado, and much hot air in the Saudi desert 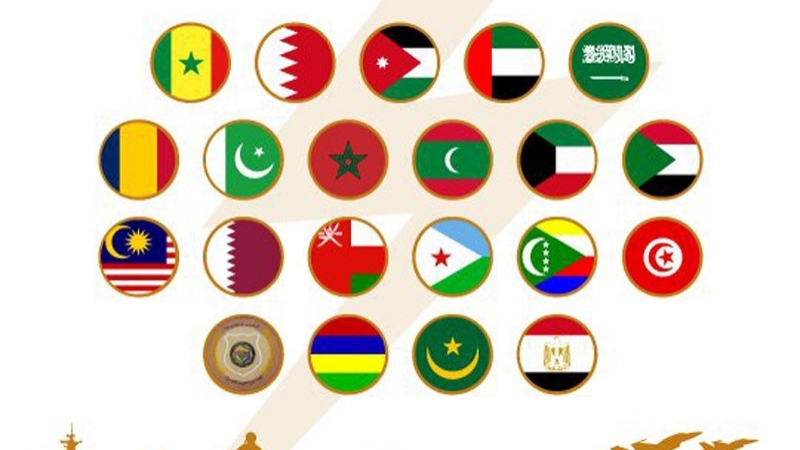 The Saudi regime spends tens of billions on purchasing weapons each year but the Saudi army is so incompetent that it cannot even shoot straight. To hide its impotence, it has resorted to military exercises with other countries to showcase their prowess as its own.

When you are bereft of military prowess, not to mention military success anywhere, how do you prove your worth? Simple. Organize military exercises from as many countries as possible by bribing them. Then project their capabilities as your own to prove your armed forces are worth their salt.

This is what happened in Saudi Arabia last month when armed forces from 22 countries participated in military exercises that lasted for 12 days ending on March 10. The largest exercises ever held in the region, they were dubbed “Northern Thunder.” There was plenty of thunder and bravado alright — as well as much hot air in the desert. Conducted near Hafr al-Batin, a city close to the Kuwaiti and Iraqi borders, the Saudi chief of staff, General ‘Abd al-Rahman al-Bunyan, who commanded the exercises, described them as “the largest Arab and Islamic military gathering” in the region.

While claiming that they were not directed at any particular country — one must bear in mind the Saudi boast that they will “send troops to Syria” — Northern Thunder’s official Twitter account said the exercises aimed to “confront all the threat scenarios in the region.” This is interesting. Would the Saudis confront the Zionist occupiers of Palestine? Perish the thought. They are on kissing terms with them. Bani Saud’s (aka the House of Saud) wrath is reserved for the Muslims they disagree with. Given that they brand any Muslim that does not subscribe to their deviant and obscurantist views a kafir, the list of their Muslim enemies is long. Was Northern Thunder meant to send a message to them, especially Islamic Iran, Hizbullah, and the Ansarallah fighters in Yemen, that Bani Saud are lining up “Muslim” armies to confront them?

This is not only what Bani Saud wish but would dearly love to see happen. The Muslim armies that joined these exercises, however, did so for very different reasons. Most countries did not send their armies because they are about to join the Saudis’ idiotic wars in Yemen, Syria, or elsewhere. True, 22 Muslim countries participated in the exercises including Pakistan, Egypt, Jordan, Sudan, Senegal and a host of Arabian armies, but the non-Saudis must have been amused at the Saudis’ antics and incompetence. The clownish Saudi soldiers cannot even march in a straight line, the first line of business in any army training manual, much less shoot straight.

In addition to those listed above, what other countries joined the Saudi-led and conceived exercises? They included the United Arab Emirates (UAE), Bahrain, Kuwait, Maldives, Morocco, Chad, Tunisia, Comoros, Djibouti, Oman, Qatar, Malaysia, Mauritania and Mauritius, in addition to the peninsula shield forces. “The Northern Thunder drills represent a clear message that the Kingdom of Saudi Arabia and its brothers and friends of the participating countries stand united to confront all challenges and maintain peace and stability in the region,” the Saudi Press Agency (SPA) reported on the eve of the exercises.

One can imagine how scared Islamic Iran’s Revolutionary Guards, Hizbullah ,and Ansarallah fighters of Yemen must have been upon hearing about troops from Maldives, Comoros, Djibouti and Mauritius, not to mention the Saudis coming after them! The Maldives are spread over hundreds of islands where alcohol, prostitution, and other vices are common. The philandering Arabians are frequent visitors to these islands of sin in the Indian Ocean. This writer confesses ignorance of the fact that Maldives even has an army. After all, given that the island state has a total population of 350,000, how many soldiers can it really afford to commission? But given the tiny country’s dependence on tourism and bakhshish, it had to oblige the Saudis to be enlisted among the 22 countries for Northern Thunder.

There is something curious though. Saudi Defence Minister (who also happens to be the Deputy Crown Prince), 30-year-old Muhammad bin Salman had announced amid much fanfare last December the formation of an anti-terror coalition of 34 Muslim countries. So how is it that Northern Thunder could gather only 22 countries; what happened to the rest? And even among the 22 were such great warriors as Comoros, Djibouti, Maldives, and Mauritius. Apart from one or two countries on the list, the others cannot be counted on to do anything meaningful.

Saudi Foreign Minister ‘Adel al-Jubeir had said at the time (December 2015) that the anti-terror alliance had been formed to “push back and confront the terrorists and those who promote their violent ideologies.” The Saudis have mastered the art of speaking from both sides of their mouth. Saudi Arabia is the factory where takfiri terrorists are minted. They have been let loose in places like Syria, Iraq, Afghanistan, and Pakistan as well as other locales. How could al-Jubeir claim with a straight face that the anti-terror alliance was meant to confront terrorists and those who enable them?

If the Najdi Bedouins are serious about confronting terrorism, they need not look elsewhere; the takfiris are produced in their own house. The medieval-minded clergy that spew venom against any Muslim they disagree with are their teachers. Even semi-literate people can tell that madrasahs in Saudi Arabia as well as those financed by them in such places as Pakistan, Afghanistan, Indonesia, etc. serve as incubators for takfiri terrorists. All it requires to end the takfiri project is to shut down the madrasahs and stop the flow of money to the terrorists from Saudi Arabia and its Arabian allies.

What was curious about Northern Thunder was that at the concluding ceremony the heads of state of many countries were also present. These included President ‘Abdel Fattah el-Sisi of Egypt, his hands still dripping with blood after the massacre of innocent Muslims in 2013, President Omar al-Bashir, facing war crimes charges at the International Criminal Court, the putative King Abdullah II of Jordan and of course, Prime Minister Nawaz Sharif of Pakistan. That military chiefs of various countries would be present is understandable since it was a military exercise but what were these heads of state doing there? The aged King Salman, suffering from dementia, was also there. Naturally, his son, Bin Salman (BS) as defence minister had to be there to furbish his credentials as Mr. Macho. His already jaded image has been severely tarnished as a result of the failed wars in Yemen and Syria.

It is customary for military observers from different countries to be invited to such exercises. One such foreign military observer told the French news agency AFP that he did not think Northern Thunder was directed at Syria “or anything else” but was a chance to practice working together. He further said that Saudi troops were “honing their skills and their operability with other nations.” There is, however, a priori requirement for this to happen: the host country’s troops must have some basic skills. The Saudis are grossly incompetent and absolute cowards as has been evident from their performance, or lack thereof, in Yemen. Despite being heavily armed, they flee at the sight of Yemen’s Ansarallah fighters leaving their weapons and war materiel behind.

The purpose of the exercises, as noted above, was altogether different. It was more political than military. BS wanted to show that he could gather troops from 22 countries to participate in military exercises. Huge bribes have been paid. Pakistani newspapers have reported tens of millions of dollar paid to Islamabad while the exercises were underway. Nawaz Sharif has been on the Saudi payroll for decades and has close links to Bani Saud.

The indicted war criminal General Omar al-Bashir of Sudan is an opportunist. His country is bankrupt and sees little prospect of getting any help from international institutions (because of war crimes charges against him). He is also on the run and cannot set foot in most countries, otherwise he would be arrested. The Saudis are the only ones that can pay him. He has hitched his horses to the Saudi camel wagon and has even joined the sectarian propaganda war against Islamic Iran and others. This is as low as it can get.

But if the Saudis thought any of these countries would join their threatened invasion of Syria, they have some nasty surprises coming. Even Turkey, with a strong military, has had second thoughts about invading Syria. The risk of coming face to face with Iran’s Revolutionary Guards and Hizbullah fighters is very high. Equally risky is getting in the way of Russia’s air force.

President Vladimir Putin has served notice that he will not tolerate any nonsense from anyone — be it Turkey, Saudi Arabia or even the US. He is seething with anger at the manner in which Turkish air force planes ambushed a Russian plane over Syria last November. With Russian air defence systems at high alert in Syria, it would be foolhardy for any country to get in their way.

Northern Thunder was nothing more than desert hot air, something the Saudis are good at. After all, when was the last time that the Najdi Bedouins participated in any real battle? History tells us that the only time they fought was against the Messenger of Allah (pbuh) in the Battle of al-Ahzab when they joined the Yahud and other tribes to invade Madinah in 5ah. In the 1,400 years since, they have remained as treacherous and savage as they were then. 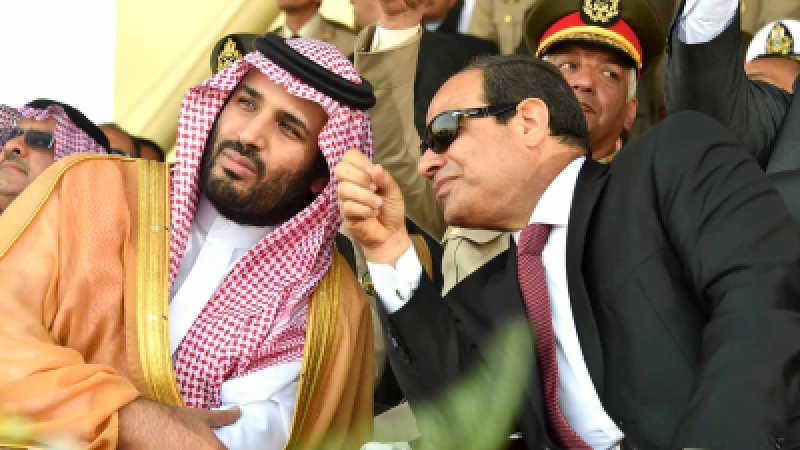 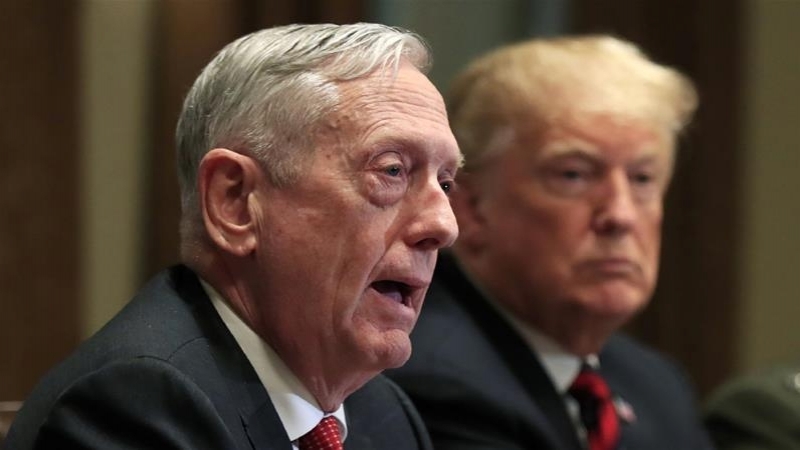