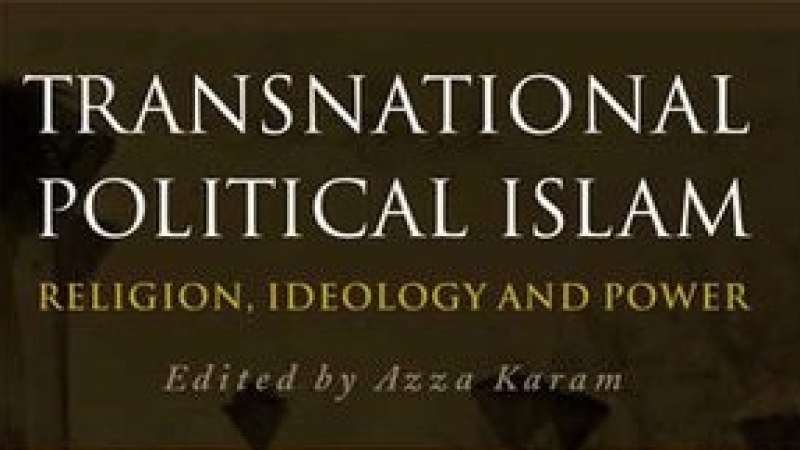 On reconsideration, however, the realization emerged that the book is not actually as useless as it first appears, provided one is not misguided by what it says on the cover or, for that matter, what the editor writes in his introduction…

This book very nearly did not get reviewed in Crescent. Assessing it on its own terms, this reviewer informed the editor that it was not worth the space that a review would take. On reconsideration, however, the realization emerged that the book is not actually as useless as it first appears, provided one is not misguided by what it says on the cover or, for that matter, what the editor writes in his introduction.

All volumes of this kind, consisting of papers on a common theme from different contributors, tend to suffer from lack of focus and variable quality. This is certainly part of the problem with this volume. Azza Karam writes in her introduction that the volume is intended to address one particular question: "What is Islamism and how do Muslims living in parts of the Western world relate to it – if at all?" Unfortunately, few of her contributors seem to have borne this central question in mind.

This may partly be because Karam has invited papers on what she herself describes as "an unorthodox mix of western countries at different stages" (stages of what precisely, she does not say). These countries, Karam tells us, have been selected according to two criteria; either they are countries on whose Muslim communities there is relatively little literature in English, which presumably applies to France, Germany, the Netherlands and Sweden; or, in the case of Albania alone, because it is a country that is "largely ‘Islamic’ in population but not necessarily so in culture, and in which the aspect of Islam plays an important role in the processes of socio-economic transition". These two criteria are so different, with the latter clearly designed to justify the inclusion of Albania specifically, that one suspects that the chapters were actually selected according to other, more mundane criteria – availability, perhaps – and that these criteria were then formulated to justify the selection.

Be that as it may, the fact is that the chapters on these countries contribute little to a discussion of "transnational political Islam", either because Karam did not make the theme of the volume properly clear to her contributors, or because they felt that the situation of Muslims in the countries under discussion is so little known that they needed to provide a general overview and a lot of basic information, rather than being able to focus on the theme specifically. The result is that this is not a book that does what it says on the tin, so to speak. Once one’s expectations are suitably adjusted, however, and the papers are considered individually, all have something to offer.

Karam’s own introduction is the only paper that actually discusses transnational political Islam, providing an introduction to the topic, including an analysis of political Islam designed to show that the Islamic movement is in fact a variegated and multi-faceted reality of which al-Qa’ida-type groups are only a tiny and marginal part. Karam considers the term ‘Islamism’ to describe "a continuum of movements which have a quintessentially political agenda, revolving around Islamizing (presumably rendering more Islamic) the structures of government and overall society." She distinguishes between Islamists and fundamentalists, pointing out that the former are not "literal in [their] interpretations and understanding of text, and in fact can be quite creative in the manner in which s/he implements her/his religious understanding". Karam then goes on to offer definitions of "moderate" and "extreme" Islamists, based on their political methodologies, and to place well-known Islamist groups, such as the Muslim Brotherhood, FIS and Hizbullah, in what she calls the "continuum of political Islam". She concludes with a brief discussion of Islamist attitudes on key contemporary issues, particularly the zionist problem, democracy, human rights and political methodology. Although Karam does not provide anything particularly original or insightful, this paper may be a useful starting point for both Muslims and non-Muslims seeking a basic structural analysis of political Islam.

Three of the other five chapters in the volume, on Muslims in France and Germany by Valérie Ameraux, on Islamic activism in Sweden by Jan Hjärpe, and on Islam in the Netherlands by Jan Nederveen Pieterse, seem to belong better in a volume called Muslims in Europe: An Introduction than Transnational Political Islam; while Frederick C. Abrahams provides a brief discussion of Islam and political activism in Albania, apropos of nothing in particular. All provide useful information for readers new to their topics, without offering anything original or particularly relevant to the volume’s supposed theme.

The final paper, ‘Exploring Thematic and Programmatic Changes in Contemporary Islamist Discourse: The Journal Al-Manar Al-Jadid’, by Amr Hamzawy, is undoubtedly the most interesting in the volume, despite the fact that it goes off in a completely different direction. It provides an analysis of the discourse of one of the most important political journals in the contemporary Muslim world. Many readers will recognise al-Manar as the name of the famous Islamic reformist journal launched by Jamaluddin al-Afghani in Cairo in 1898, and later edited by Muhammad ‘Abduh; but relatively few, particularly among non-Arabic-speakers, will be aware of al-Manar al-Jadid (‘the new al-Manar’), established in 1998 by a number of contempory Islamic movement intellectuals – including Yusuf al-Qardawi, Rashid al-Ghannouchi, Muhammad ‘Imara and ‘Abdul Wahhab al-Misiri – with the explicit object of reviving the reformist intellectual tradition represented by the original al-Manar. Even those who are aware of this new journal are likely to have little access to its material or knowledge of the positions taken by its editors and contributors.

Hamzawy’s stated object in this paper is to provide an analysis of the discourse of al-Manar al-Jadid from its formation to the present time, a period, he tells us, in which it has come to be dominated by a group of younger Egyptian Islamist intellectuals, such as Jamal Sultan, its editor-in-chief, Kamal Habib and Husham Ja’far, whom he characterises as "modernisers". Hamzawy begins by exploring the backgrounds of some of the journal’s contributors, and offering some general observations of his own, before going on to examine the contributor’s approaches to particular themes, including understandings of the task facing Islamic movements, the nature of Islamic movements, the nature of reform in Muslim societies, the nature of the Islamic state, and of the nature of democracy.

Hamzawy, an academic at the Free University in Berlin, Germany, is by no means a sympathetic analyst of the Islamic movement, as is clear from often harsh judgements and the occasional barbed comment. Thus he dismisses much of al-Manar al-Jadid’s content as "ideologically biased polemic", despite the evidence he himself offers to the contrary; and repeats the tired and inaccurate accusation that Islamists want to return to a mythical Golden Age. Commenting on attitudes to the "US-dominated new world order", he writes that "one can only wonder at the extent to which some Islamic thinkers have failed to understand contemporary realities." It is as though he begrudges the fact that he has to take Islamist writings seriously, and wants to make sure that no-one suspects him of sharing the views he is discussing just because he is an Arab.

Nonetheless, he also provides a rare English-language window on the ideas and discourse of an important group of Islamic intellectuals who are debating issues that are important for all Muslims today, and in particular offering an intellectual and rational alternative model of Islamic movement understanding to that offered by more vocal and better-known groups. His summaries of important al-Minar articles, showing the positions and understandings of contributors on key issues, seem to be largely fair and accurate, even if his editorial comments on those positions are less fair.

The result is that, for readers hoping to learn more about "transnational political Islam", particularly Muslim ones, this is likely to prove the most interesting, even enlightening, paper in a volume that, for the most part, fails to deliver what its cover and editor promise.

The centrality of Islam to Pakistan’s creation, existence and future

The centrality of Islam to Pakistan’s creation, existence and future (First Print 2004)

Being aware of the hidden agendas behind “dialogue” with non-Muslims