US to train ‘moderate Syrian rebels’ in Saudi Arabia!

Is there any such thing as a 'moderate rebel'? If the US plans to fight the takfiris, why is it training these so-called moderate rebels to overthrow the government of Bashar al-Asad? One does not have to admire Asad but he is legitimately elected by the Syrian people. What right does the US, Saudi Arabia or Israel have to decide who should be in power in Damascus?

The US’ true intentions were clear even before President Barack Obama addressed the American people on the night of September 10 about fighting the takfiris rampaging through Iraq and Syria. The entire charade was enacted to create a pretext to get directly involved to overthrow the government of President Bashar al-Asad after the foreign mercenaries failed so miserably to achieve that objective.

Following US Secretary of State John Kerry’s September 11 meeting in Jeddah with the six members of the Gulf Cooperation Council (GCC) plus ministers from Egypt, Jordan, Lebanon, Turkey and Iraq, it was announced that all were in agreement about confronting the latest menace of the takfiris that go by the inappropriate name, the ‘Islamic State’ (previous name the Islamic State of Iraq and al-Sham).

There is nothing Islamic about this bunch of hoodlums with guns. They have gone around beheading innocent people and denounce anyone that does not adhere to their narrow interpretations an ‘infidel’ and, therefore, legitimate target for beheading.

The US announcement that Saudi Arabia has agreed to provide a base for the US to train ‘moderate Syrian rebels’, however, gives the game away. There is no such animal as a ‘moderate’ rebel. It is like talking about a ‘pious’ prostitute.

The US-Saudi and indeed Israeli game plan all along has been to overthrow Bashar al-Asad from power and install a pro-US regime in Damascus. Not surprisingly, the so-called Syrian National Coalition (SNC) in Istanbul immediately welcomed the announcement.

The September 11 meeting in Jeddah was a mere formality. Even before Kerry met the Saudis and others, a report in the New York Times by Michael R. Gordon and Eric Schmitt had said that “Saudi Arabia has agreed to an American request to provide a base to train moderate Syrian opposition fighters, American officials said on Wednesday.”

The Times report quoted a senior Obama regime official as saying: “We now have the commitment from the Kingdom of Saudi Arabia to be a full partner in this effort — the train-and-equip program — to host that program.” Details about the specific site in Saudi Arabia and financing would be discussed later. The NYT report was published the same day Kerry was in Baghdad lining up the Iraqis behind the proposal.

While present in the Jeddah meeting, Turkey has refused to be part of the fight against ISIS because of what it says would be a danger to the 49 Turkish diplomats the takfiri terrorists are holding as hostage. The reality is that Turkey is the principal backer of these terrorists insofar as logistics are concerned.

The long Turkish border is open to them; the takfiris return from Syria to Turkey to recuperate. Also, the Zionists have been providing these takfiris medical services in the Golan Heights.

And a senior American general has admitted that the takfiris are armed with weapons the US provided to Saudi Arabia.

These moves indicate that the takfiris are part of the US-zionist-Saudi plan to undermine Asad’s government, weaken the Hizbullah in Lebanon and thereby strengthen the Zionists. The real target is the resistance front against the Zionists because it is the only game that poses a serious challenge to Zionist criminal behavior.

The Saudis have always been part of the US-orbit. Now they have come out openly in support of the Zionists as well, as their conduct during the 50-day Zionist onslaught on Gaza showed. The Saudis—and the Egyptians—urged the Zionists to finish off Hamas.

Nobody should be fooled by the US announcement that it is against the takfiris. Instead, they were created for a purpose: to provide the US a pretext to occupy the Middle East region more effectively. After all, al-Qaeda were created and nurtured by the CIA to be used to occupy Afghanistan and later Iraq.

While those two projects did not go according to plan, the Washington warlords have not given up on their warmongering habits. Perpetual wars are now a perpetual feature of US-zionist policy to be financed by the illegitimate Arabian regimes. 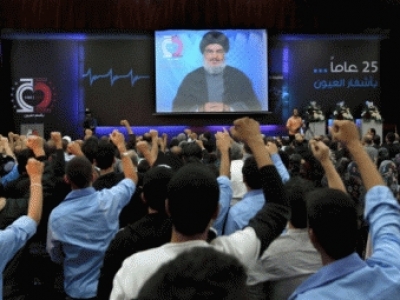 Washington, you have a problem in Arabia!