US troops’ repugnant behavior in Syria

While all state entities attempt to increase their influence and advantage, none but the US attempts to shove its way of life down the throats of other people.

This was reported by Russia Today (RT) on September 4.

The RT report said, “the interaction stirred up a significant response online, with many accusing the soldiers of a shocking lack of professionalism as well as a noted lack of cultural sensitivity. Numerous commenters decried the scene as an extremely poor use of tax dollars.”

If most of our readers are unaware of who Mia Khalifa is, they are not alone and should not bother them.

Born Sarah Joe Chamoun in February 1993 into a conservative Catholic family in Beirut, Lebanon, she also goes by the name Mia Callista.

Not particularly attractive, she has been turned into a media personality, webcam model, and is a former pornographic actress.

She moved to Maryland with her parents in 2001.

As if her demeaning career choice was not bad enough, she insulted Muslims in a video performing sexual acts while wearing a hijab.

The Western corporate media that seldom misses an opportunity to insult and degrade Muslims, ignored the US troops’ arrogant behavior.

Had the case been reversed and troops from a country not aligned with the West or towing its line, indulged in such crude behavior, it would be headline news for several days.

Meanwhile, the illegal presence of US troops in Syria has been completely ignored.

Western regimes and societies often show disdain for values of immigrant communities in their midst.

There is the prevalent mindset that arrogantly posits that Western values are universal and, therefore, must be accepted by all.

And if other people and societies refuse to accept these values, they are delivered by invading NATO armies through cruise missiles and bombs.

The video footage from Syria partly explains why most people in West Asia are sympathetic to the expanding global clout of China and Russia.

They are fed up of American arrogance and crude conduct and wish to have nothing to do with it, especially when it involves immoral and degrading conduct. 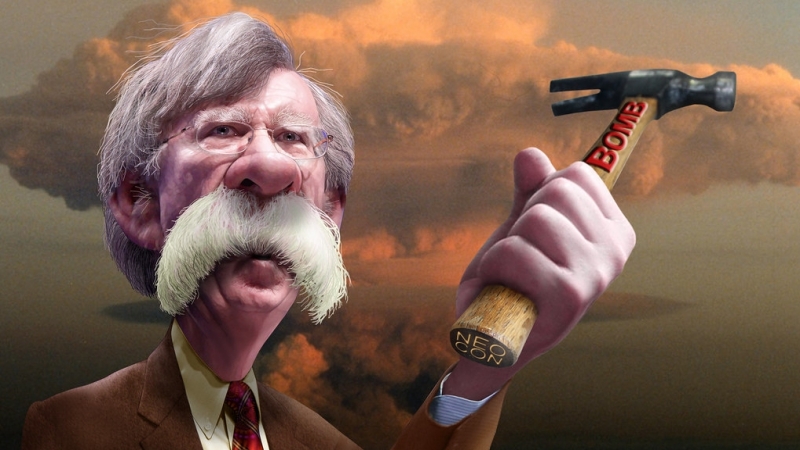 Warmonger Bolton gets the boot as National Security Advisor!

A Contributor from Toronto