Saudi-backed al Qaeda terrorists targeted the residence of Iran's envoy to Yemen today. Three people were reported killed in the car bombing and several injured but according to Iran's Foreign Ministry spoekswoman Marzieh Afkham, Iranian diplomats were safe. Ambassador Hossein Niknam was not at his residence at the time of the blast.

Two days after taking charge as Iran’s ambassador to Yemen, Hossein Niknam’s official residence was the target of a terrorist car bombing.

The blast on Wednesday morning in the Yemeni capital Sana‘a killed three people and left several others wounded, some in critical condition.

Ambassador Niknam was not at home at the time of the blast, according to reports.

Car and suicide bombings are the signature mark of al Qaeda, the terrorist outfit that has the backing of the Saudi regime.

Yemen has been in the throes of revolutionary fervor since 2011 and with successes scored by Houthi tribesmen that operate under the banner of Ansarullah, al Qaeda terrorists have intensified their bombing campaigns.

The Houthis’ successes are seen as enhancing Iran’s influence in the strategically located country that the Saudis consider their own condominium.

Inhabiting provinces in the north of the country close to the Saudi border, the Houthis have been largely marginalized in the political arena since 1962.

Saleh was forced out of office in February 2012 under a deal brokered by the Saudi regime. In return for relinquishing power, he was given immunity from prosecution over a long list of crimes.

Al-Islah is led by hardcore Wahhabis. They brand the Houthis as ‘heretics’ because they are Zaidis, a branch of Shi‘a Islam.

If al-Islah is the political face of Wahhibism in Yemen, al Qaeda is its militant wing.

Hadi’s government has failed to contain al Qaeda terrorist attacks, primarily because the latter are backed and financed by the Saudi regime.

With the failure of Yemeni security forces to restore order, the Houthis have stepped in to fill the vacuum. This has aroused the wrath of Saudi backed terrorists to indulge in even more horrific acts.

Today’s attack on the Iranian ambassador’s residence is part of this intensified campaign. In recent weeks, al Qaeda terrorists have also exploded car bombs amid Houthi gatherings in Sana‘a.

In January of this year, an Iranian diplomat was shot outside the ambassador's residence when gunmen tried to kidnap him. He fought back, was shot and later died in hospital.

Attacks on Iranian diplomats are part of the Saudi campaign to undermine Tehran’s influence in the region. It is a sure sign of their desperation because Saudi policies are unraveling.

Such terrorist acts will in fact short circuit the tortuous existence of the Saudi regime itself that is facing serious internal problems. 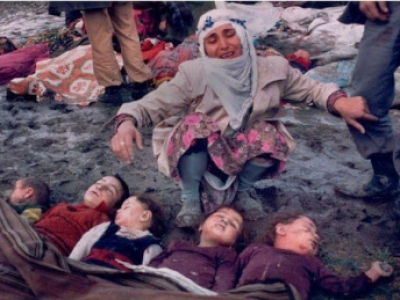 Wars on Syria and Yemen