Home / Articles / Israelis vote a terrorist and a crook back into power!

Israelis vote a terrorist and a crook back into power!

With Netanyahu likely back in power, more Palestinians babies will be slaughtered.

For Palestinians, the Israeli election results are nauseatingly familiar, and meaningless.

One set of war criminals has been replaced by another, known to Palestinians as an unabashed racist and terrorist: Benjamin Netanyahu.

He also faces criminal charges for graft and fraud.

What else is new and what are such charges in the face of the much weightier issue of returning to power in the Israeli snake pit?

Besides, the bloc of racists and bigots that Netanyahu leads, plans to remove the offence of fraud and breach of trust from the criminal code.

This is what Netanyahu was on trial for.

This will be among the first order of business if Netanyahu and his Likud bloc are able to cobble together the requisite number of seats in parliament (Knesset).

On the basis of vote count, he seems set to return to power.

His disastrous rule (for the Palestinians) of 12 years was brought to an end in March 2021 by an unlikely alliance of former Netanyahu allies.

But they soon fell out because they had little in common necessitating another election on November 1.

Before the western corporate media indulges in its customary jingoism proclaiming the non-existent virtues of the “only democracy” in the Middle East, let us remember that Israel is ruled by gangsters and hustlers.

For the Palestinians under occupation, it makes little difference who rules the snake pit.

After all, the just-defeated coalition led by Yair Lapid spared no effort to torture, maim and kill Palestinians to prove his macho credentials.

It was under his watch that Jenin and Nablus have suffered prolonged sieges and killings.

Lapid also ordered a three-day attack on Gaza in early August after arresting an Islamic Jihad activist in Jenin.

Illegal zionist squatters from the US and Europe routinely barge onto the Masjid al Aqsa compound.

Displaying obnoxious behaviour, and under the protection of heavily-armed Israeli forces, they have attacked and killed Palestinians on the sacred compound.

All this and more has happened under Lapid’s watch.

So, what will change for the Palestinians if a well-known terrorist—Netanyahu—becomes the prime minister of the illegitimate entity?

Nothing, except that Netanyahu indulges in terrorist acts with a scowl while his predecessor did it with a smile.

The election campaign was also marred by vicious personal attacks on political opponents.

If non-Jews were to repeat what they called their opponents, they would be immediately accused of anti-Semitism.

Yet the animosity between them runs so deep that had it not been for the Palestinians, they would be drinking each other’s blood.

That explains why the zionists will never make peace with the Palestinians.

Israel is not a democracy; it has never been.

It is a colonial settler entity established on land stolen from the Palestinian people.

Throughout its 74-year existence, Israel has indulged in horrific crimes against innocent Palestinians.

In recent weeks and months, such attacks have escalated.

No change in Israeli policy toward the Palestinians can be expected under Netanyahu.

In fact, the oppression of Palestinians will intensify. The terrorist, Itamar Ben-Gvir who emerged from the bowels of the fascist Kach movement, is likely to get a cabinet post in Netanyahu's regime.

Netanyahu has vowed to expand the illegal zionist settlements in the West Bank and Bn-Gvir has publicly called for killing Palestinians.

While the Palestinians long for peace and an end to their suffering, they will achieve neither.

The only choice left for them is to continue the resistance by whatever means necessary. 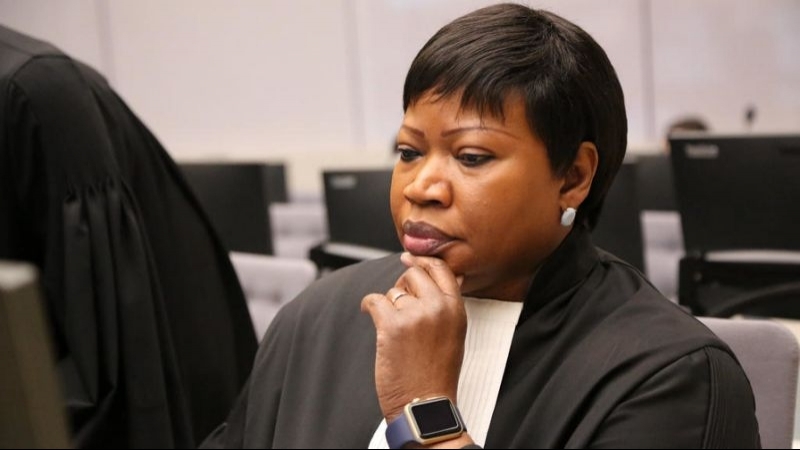 Zionist snake-pit heads for another election, likely as inconclusive as earlier ones